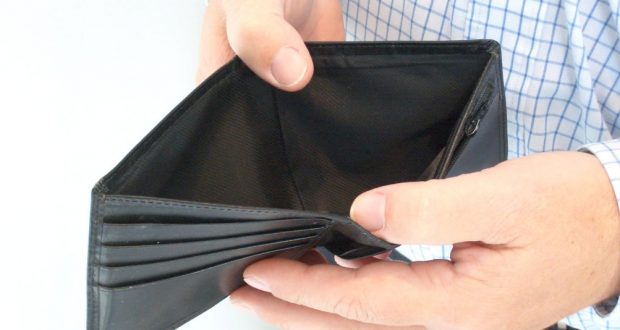 Students are struggling to afford university costs without university pay

KU students spend savings while waiting for pay from university

Written by Rebecca Difford-Smith on December 1 2017

KU students are using their savings to pay their rent after money owed by the university was delayed by the new finance system for work that was completed up to eight weeks ago.

Students that worked during freshers’ week are still waiting for payment from Kingston University’s new payment system, Unified. As a result, they are having to use their savings to afford living costs.

Stephanie Tunnicliffe, 20, who studies psychology with criminology, was an intern for the KU student hub and has had to use her savings to pay rent after finishing work in September and has still not been paid for the work she has done.

Tunnicliffe said: “I finished working in september and its been two months, Ive heard nothing and my emails are being ignored. The lack of pay has certainly dented the savings I worked hard for. Another month or two and I’ll be struggling to pay rent.

“It has definitley put me off doing another internship or getting a job with them.”

Another student, Rachael Hetherington, 21, feels that she was only paid because she nagged the university enough and says that many students have still not received any money owed to them.

She said: “From what I am aware most of the welcome connectors haven’t been paid. I only got paid a week late because I chased them.

“Everyone’s pay was released but it isn’t in their accounts, it’s just sitting in a university account.”

Hetherington also said that the forms with her bank details on them were lost and she was over-taxed after the university put her on the wrong tax code and, as a result, her pay was delayed even more. she also has been forced to use her own savings to pay for her university tuition.

“I really relied on that money to buy uni supplies and for travel. No one knows how to use the system and if I’m honest I’m disgusted with how they have treated the student staff this year,” she said.

Davina Trembath, who worked in freshers’ week, has also had to use her savings to afford university as a result.

“I haven’t been paid yet, I have already dug into my savings and really need to get paid this month.”

Hetherington, who worked as a Kingston University welcome connector for two years, also said that compared to last year the hours have not been shared equally which worsened her finances.

She continued: “I only got 15 hours but my friend got over 50 hours. I requested extra hours so God knows how little I had before.

“Last year I got over £600 compared to this year when I got half and was taxed too much. To be frank the uni has really screwed me over.

“It seemed to run so smoothly last year but this time there is no communication.”

The university changed to Unified in August last yet nearly four months on, many students are still uncertain about when payday will be.

The River has responded before on the initial problems people faced with Unified while it was in the process of first being implemented.

The information and technology services, human resources and finance departments have worked to refine Unified.

A spokesman for Kingston University said: “The university is aware of an issue with the processing of payments for a small number of students who were employed as Welcome Week connectors in August.

“Staff have been in contact with those affected and, where appropriate, the university has been arranging for emergency payments to be made. Work is being carried out to ensure any outstanding payments are processed as soon as possible.”