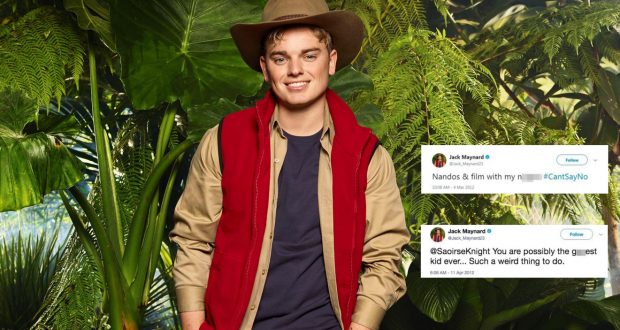 Stop digging up dirt from our timelines

Written by Stine Arnulf on December 5 2017

As part of a generation who has grown up on social media, every stupid thought we once shared can now be brought to light and held against us.

Holding someone accountable for something they said several years ago is not fair. We shouldn’t have to fear that what we posted online when we were younger can interfere with our jobs and daily lives today.

Many celebrities, such as Stormzy, Zoella and most recently, Blake Shelton, have recently landed in hot water over homophobic and/or racist tweets they posted six or seven years ago. One of these celebs is Youtube sensation Jack Maynard, 23, who had to leave ‘I’m a Celeb’, only three days in, for inappropriate behaviour on Twitter and Facebook as a 16-year-old kid.

Maynard lost out on £25,000 and took a hit to his reputation for something he did several years ago. Now he might lose £20,000 a month from companies pulling back their sponsored content on his Youtube channel.

I am by no means supporting what was written by these celebrities. Homophobia and racism is unacceptable. And 16-year-old Maynard asking for naked pictures from a 14-year-old girl isn’t something I’d encourage. I don’t even particularly like Jack Maynard.

But when he posted those tweets and asked for those naked pictures, he was an ignorant, careless teenager who had probably just got used to social media. Of course he’s shared some stupid tweets. When he was young and had some thousand followers, who cared what he said on his accounts?

We all shared stupid things on Facebook and Twitter when we were younger. We didn’t think about the consequences because we didn’t think there would be any. Several years ago I once joked about cancer in a Facebook post. As a teenager, I didn’t realise it was offensive until someone pointed it out to me.

Today I know better. Why? Because I’m not the same young teenager anymore. I have grown up. And I’m sure these celebrities have too. They have apologised and regretted what they did. There is nothing more they can do, so why do people keep digging through their timelines?

We can all agree that what has been written by these celebrities is bad, but it’s too late to point out their mistakes now. If nobody pointed it out to them when they were young and in need of this lecture, why does it suddenly matter now? How is it helping anyone?

We should not hold people accountable for what they expressed on social media when they were young and careless. Instead of holding the past against them we should focus on the ways they have grown up and changed since then. What matters is who they are now, not what they carelessly tweeted seven years ago.