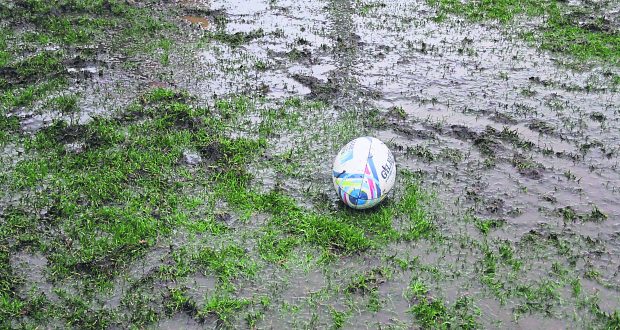 A flurry of early tries from Kingston Cougars enforced a vital 26-9 win over Reading University.

Two tries from Alex Leeder and a try each Chris Painter and Adam Nilsson cancelled out James Wright’s try for the visitors to strengthen the cougars grip on 2nd place. The Cougars held off any fightback from Reading ensuring a dominant first half was enough to get the win.

2nd placed Kingston were level on points with 3rd placed Reading In the South Eastern division 4A with both sides looking to keep in touch with leaders Middlesex who were three points ahead on 23. Kingston were in buoyant mood following a 22-18 away win against Portsmouth last Wednesday.

Cougars fly-half Jerome Downey said: “The boys were immense today, the quick start we got from the backs was vital cause we had a lead to preserve.”

Kingston forced the first piece of sustained pressure within the first five minutes down the left wing, eventually forcing a dangerous scrum 10 yards from the touchline. The scrum caused a good phase of play, allowing Kingston’s scrum-half, Leeder, to nip in from a mall to score the opening try and give Kingston a perfect start.

Leeder immediately doubled his tally to give Kingston an even better start, to go 12-0 up in the first ten minutes. Leeder’s second try saw him get on the end of a hopeful punt beyond the try-line, he was quicker and more alert against the Reading forwards to convert his try a couple of yards from the touchline, a classy finish.

Reading replied with a try of their own to maintain the game’s frantic pace as James Wright eventually slide over for a try after Reading’s first bit of decent pressure in the game. The try couldn’t be converted leaving Kingston’s lead at 13. Reading were finally finding their feet after a sloppy start and were adapting the quagmire of a pitch at Tolworth.

Kingston effectively held off the visitors growing pressure in the closing stages of the 1st half. Good defensive work from the home side following Readings breakthrough allowed a vital try from Adam Nilsson to strengthen Kingston’s lead just before halftime. It was comfortably the best try of the half as Nilsson skipped through Readings forward line, running 20 yards in process, to convert under the posts.

Two early tries from Leeder and tries from Nilsson and Painter meant Kingston held an assertive 26-5 going into the break. It would have needed something drastic for Kingston to lose it from such a strong position in the 2nd half.

The pitches condition quickly deuterated in the 2nd half causing a slower start to the 1st half with more errors and knock-ons as the ball became increasingly more slippery. Both teams maintained a strong defensive line to ensure the scores remained unchanged going into the final stages. Kingston were effectively blunting any sniff of a Reading attack, constantly asserting asking questions of their own to the visitor’s backline in the process.

“The forwards were excellent today, strong in the lineouts, strong in the scrum and that’s what won us the game today, we definitely have a chance of catching Middlesex at the top now,” added Downey.

A bitty second half flew by with no score and Kingston’s clinical first half display was enough to ensure the Cougars stayed in second.