Rachel Elgy is battling to change IPSO's decision about an article in The Sun. Photo: The Sun

A Kingston student is battling to take the UK press regulator to court after it rejected her complaint that an article in The Sun was Islamophobic.

Rachel Elgy added her complaint to hundreds of others about an article written last August by The Sun’s columnist and former political editor Trevor Kavanagh.

She alleged the comment piece – which claimed that Muslim sex abuse gangs targeting children had been ignored because of political correctness – was inaccurate and discriminatory.

Her complaint was chosen by the Independent Press Standards Organisation (IPSO) to be investigated but after being considered by its complaints’ panel it was rejected.

She was contacted by a lawyer who said he wanted to take her case to judicial review to challenge the decision. However, to pass the threshold to take the case to the next level, she must raise £25,000 – a generous entry level salary, in just 30 days.

“The article was parading as one about Brexit, but when you read it, it was actually about a conviction of a sex-grooming-gang in Newcastle, saying the people causing the problem were all Muslims and that it was ‘not Islamophobic to point this out’,” said Elgy.

“It was basically saying immigrants, in particular Muslim immigrants are responsible for all sex crimes in the UK, which is obviously wildly inaccurate.” 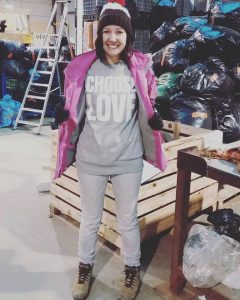 One of the major issues with the article was the use of the words ‘The Muslim Problem’, which in many complainants’ opinion drew parallels to the words ‘The Jewish Problem’, a phrase used in Nazi Germany before the Holocaust.

“It was just so blatant and so narrow and so dangerous that it’s somebody in a national newspaper. This is one of the best-selling newspapers in the country,” said Elgy, who studies MA gender without borders.

“He must know his words have an impact, he has chosen them deliberately. I believe he was being deliberately inaccurate for the purposes of being discriminatory.”

In a follow-up article three days after the original piece, Kavanagh called suggestions he had used Nazi language “a ludicrous, offensive and perverse distortion of the truth”.

He also added: “I want to state the vast majority of Muslims in Britain are decent, generous, hospitable and law-abiding men and women who add to the fabric of this nation. They have nothing whatsoever to do with the customs and primitive practices referred to in my article.” 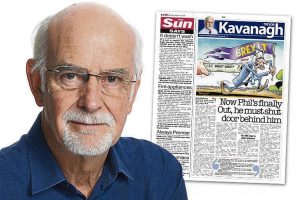 According to IPSO’s website, none of the relevant clauses of its Editors’ Code were broken.

In its judgement, the regulator said: “The Committee acknowledged that the question posed at the end of the column – “What will we do about The Muslim Problem then” – was capable of causing serious offence, given it could be interpreted as a reference to the rhetoric preceding the Holocaust.

“The Committee made it clear that there is no clause in the Editors’ Code which prohibits publication of offensive content. It was clear that many, including the complainant, were offended by this aspect of the article, but there was no breach of the Code on this point.”

They also pointed out that due to of freedom of speech, the alleged discrimination against Muslims in the article was not in breach of the law.

“Clause 12 of the Code protects identifiable individuals from discrimination; it does not relate to discrimination against groups or categories of people. The complainant’s concern that the article discriminated against Muslims in general did not breach Clause 12,” the judgement stated.

However, the lawyer responsible for the case, John Halford from Bindmans LLP, criticised the code.

“IPSO has to be capable of determining whether press freedom has been abused when hundreds of complainants say it has, free of any influence from those it regulates. Here it conspicuously failed to do any of these things. The Court needs to set it straight,” he said.

He admitted that Elgy’s case was weakened by the fact she was not Muslim herself.

“I’m supposed to sit back and think ‘Well you didn’t write about me, so it’s not my problem’? That’s ridiculous. How would we ever get anywhere?

“Hundreds of people complained, plus 107 MPs wrote a letter to complain and mine was the only one considered. All of these other voices just get ignored, taken off the table.

“I am left responsible for speaking for hundreds of people. I shouldn’t be in that position. How can I speak for other people? It should be a situation where we’re able to make our case together since we all have points to make which are equally valid. That’s ridiculous as well.”

It was not the first time that Kavanagh had been in trouble for his work, having last year had a complaint upheld against him for wrongly saying that a large proportion of Calais migrants had lied about their age in order to gain access to the UK.

Kavanagh controversially sat on the board of IPSO while Elgy’s complaint was being considered. However, IPSO pointed out that he was not part of the specific committee who decide the outcome of complaints. He has since left the board after two years of a three-year term.

Both IPSO and Kavanagh declined to comment about the reason for his departure and said that while he was aware of the judicial review, it did not concern him directly.

16th August 2017 – Kavanagh calls the complaints ‘a ludicrous, offensive and perverse distortion of the truth’ in a follow up article

26th October 2017 – Complaint not upheld by Independent Press Complaints Commission (IPSO). Kavanagh himself is on the board of directors but had no say in the decision

Elgy is crowd funding the money for the appeal and applying for protection so that she does not go bankrupt if she loses her case.

At the time of publication, Elgy has raised £3,035 with 14 days remaining.

As for what will happen next, she said: “Worst case scenario is we’re not able to take them to judicial review but that’s very unlikely.

“Next worst is that we lose the case. Hopefully, the publicity will serve to demonstrate that the current regulation isn’t fit for purpose and take away IPSO’s credibility. Having this in people’s minds is really important, so even if we lose, I think we still win.”