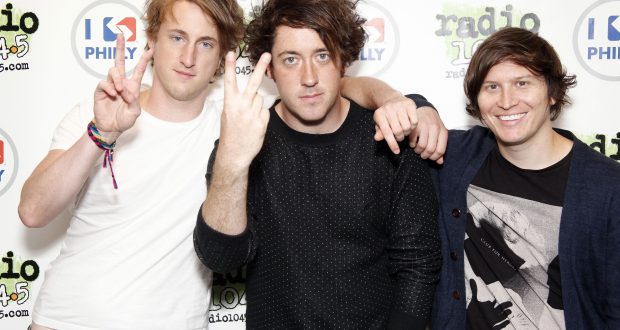 The Wombats' new album Beautiful People Will Ruin Your Life is out now Photo: MediaPunch/REX/Shutterstock (1930434b)

The Wombats gave Kingston a great, but short, taste of their new album

Written by Torjus Roberg on February 26 2018

The Wombats were met by roaring crowds as they gave Kingston fans the first taste of their new album, Beautiful People Will Ruin Your Life, live at the Hippodrome on Thursday, February 15.

The English rock band released their fourth studio album on February 9 and, judging by the concert, the fans have already become very familiar with it.

First off, the first song on the new album, ‘Cheetah Tongue’ had a very catchy, upbeat rhythm which set the standard for the rest of the concert. Bassist Tord Øverland Knudsen was without a doubt the most energetic out of the band members, jumping around on stage headbanging.

The mood continued with the more synth-heavy track ‘Give Me A Try’, which had the crowd chanting along as they toned down the music in time for the refrain. The synth has become more dominant on their new album than it has in their previous ones, but it is fitting and really adds to the music.

Not all songs played were new as the band brought back old hits including ‘Kill The Director’, which was a welcome reunion with their ‘old sound’ from their first album. This is more similar to the teen-rock of the ‘early noughties’ rather than their current pop-rock blend.

Later on, they also played one of their all-time classics, ‘Let’s Dance To Joy Division’, which also shows the contrasts between the old and the new style of The Wombats.

The crowds went wild and started climbing on top of shoulders as the group returned to the present day with ‘Black Flamingo’, whose crisp, dry guitar and slightly static vocals brought a fresh twist and stands out from the rest of the songs on the latest album.

By the time the concert was about to draw to a close, the band encored with three final songs to round up the evening. Fans were shouting to get them back on the stage as the opening to ‘Turn’, their most popular song on Spotify with more than 6.8m listens, started playing in the background.

‘Turn’, combined with their song ‘Greek Tragedy’ from their last album Glitterbug, made for a worthy ending to a great concert.

The group managed to deliver a perfect mix of their superb new album and the old hits we all know and love which gave the fans exactly what they wanted. Despite the concert being rather short, it still delivered.