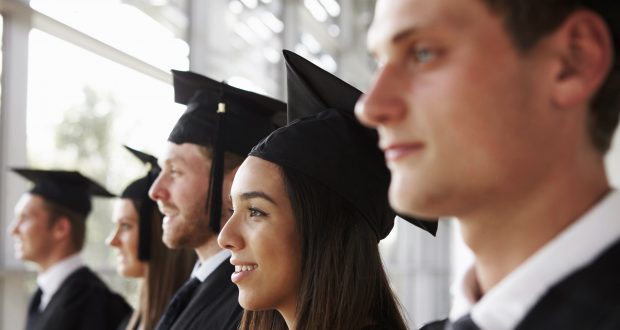 KU students are worried about job prospects after graduation amidst rising student debt and an uncertain future after Brexit. Photo: REX

The Graduate Market in 2018 survey found that the numbers were ‘substantially lower’ than expected, amidst worry about student loans and the impact of Brexit for students.

“With complex negotiations still being carried out by Government, it is extremely difficult to predict the long-term impact that Britain leaving the European Union will have on graduate prospects,” said a Kingston University spokesperson to The River.

“It’s understandable that many companies were hesitant to hire new employees, graduates as well as non-graduates,” said Ella Patenall, a spokesperson for Inspiring Interns, the UK’s leading graduate recruitment agency.

“Companies are not wanting to take big risks. One of the worst things for businesses is a lack of clarity and fear of the unknown.”

A lack of major policy announces or changes makes it difficult to predict what the effects of Brexit will be for Kingston students.

The recruitment agency recommended students to have as many extra-curricular activities on their CV as possible, such as internships and volunteering.

The High Fliers report found that more than a third of recruiters from top employers warned that they would not hire students with no previous work experience.

Joe Benham, 23, is one of many students who find internships to be a discriminating luxury that few can afford.

“I have heard that an internship might be useful, even if it’s unpaid, just because it’s an entry to the industry that you want to work in. But some of us aren’t fortunate enough to be in that kind of a position,” said the international relations and politics student.

The Sutton Trust, an educational charity, analysed inflation and rent statistics and found that a one-month unpaid placement in London could up to £1,000.

“I have a friend who was able to spend two months this summer in an unpaid internship. My only choice was to work full time to afford living costs,” said Benham.

The KU spokesperson advised worried students to take use of the university’s career and employability team, KU Talent, which can enhance application, interview skills and internship openings.

Kingston University are following the guidelines and advice from University UK, the national body that represents all higher education institutions, about any activity arising from Brexit.

The percentage of KU students who were employed in or in further study six months after graduation for 2016/17 will be released later this year.