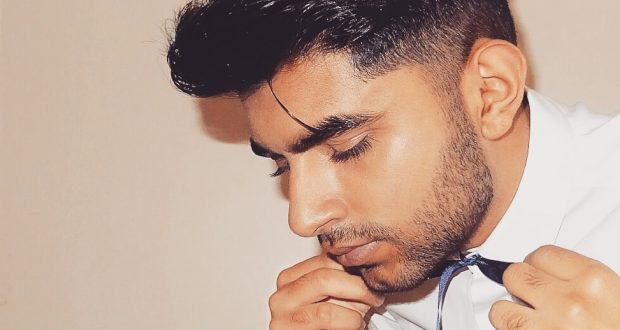 Aukash Zahid will be hosting a game show in Pakistan for six week. Photo: Lauren Cameron

Kingston University student Aukash Zahid, 21, will be hosting a game show in Pakistan in August for six weeks.

During the summer Zahid will be presenting the show which airs on Television 92, the third biggest channel in Pakistan.

The show has yet to be named.

“I got the job through word of mouth really, I had done some news reporting for Television 92 in the UK as their Cambridge correspondent,” said Zahid.

“They liked what I did so from there I was able to persuade them to let me get involved with the entertainment side of the channel.”

The 21-year-old journalism student is no stranger to the spotlight, appearing on radio shows, and talk shows across the country, including Living the Life which airs on the Islam Channel. 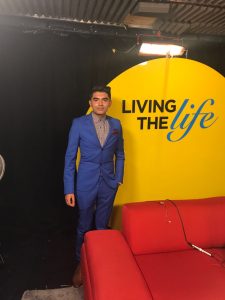 Aukash has appeared on a number of talk shows including Living the Life Photo: Living the life

He has also had a number of poetry books published and has even dabbled in modelling.

“I was 15 when I was published with my first book, I was inspired by Muhammad Ali. I knew I couldn’t make it as a boxer so I thought, why not give poetry a go.”

Since then he has published four of his own poetry books and has been featured in 17 other books, all of which have been published by United Press.

He first got involved with poetry after entering a few competitions and then eventually working his way up by reaching out to different publishers across the country.

“When I was 17 I was scouted by First Step modelling, a modelling agency who I worked with for two years before they closed down.”

He has modelled for a number of big British brands including Man of the Hour.

Zahid said that going forward he wants to focus on the entertainment side of the media.

“With my poetry it helps me touch on a lot of serious issues that I am very passionate about.”

Between mid-May and June, Zahid will be going on a radio tour appearing on 17 different regional radio stations across the country.

After the radio tour concludes he will be going on a London school tour, where he will be visiting three schools a day in mid-June to early July.

“With radio I tend to be a bit more humorous and light-hearted but when it comes to the school tours and speaking to the younger generation I tend to be more serious.

“I just want to be a good role model for the children.”

“When I’m at the schools I will be focusing on my writing and poetry and how they can express themselves, but when I’m on the radio or TV I prefer to sprinkle in some humour and comedy and  make sure to give the audience a good time.”

Zahid said he is currently focusing on his career as a model and presenter.

“I’m really grateful for being in such a position where my voice is heard by people and not everyone has that opportunity so I want to use my position to try and do some good in the world.

“It’s not all about the spotlight.”