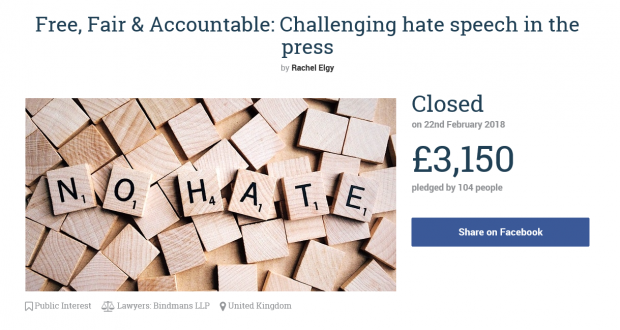 Kingston student has failed her battle against the UK press regulator after raising just over £3,000 out of her £25,000 target.

Rachel Elgy, who studies MA gender without borders, battled to take the Independent Press Standards Organisation (IPSO) to court for a judicial review after they rejected her complaint that an article written in The Sun was Islamophobic.

In order to progress to the next stage she had to crowd fund £25,000 in just 30 days. However by the deadline of February 22 she had been donated just £3,150 and could not progress with her case.

She posted a “heartfelt thank you” to all her supporters on her crowd funding page adding: “I’d be lying if I said I wasn’t gutted.”

“The very fact that IPSO cannot be challenged unless I happen to have £25,000 is a huge injustice in itself,” she said, “And I refuse to let that injustice go unnoticed and unchanged.” 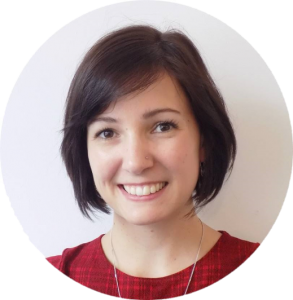 The original article, which used the words ‘The Muslim Problem’, allegedly reflecting the Nazi phrase ‘The Jewish Problem’, was written by former political editor of The Sun, Trevor Kavanagh.

He sat on the board of IPSO at the time of the complaint but has since left and declined to comment why.

Elgy’s complaint challenged the piece on grounds of inaccuracy and discrimination, but was not upheld since the article was an opinion piece and did not discriminate against an individual but a group of people.

Brian Cathcart, Kingston Journalism Professor and co-founder of Hacked Off, an organisation who campaigned heavily for change in the UK press said: “Rachel puts her finger on a very serious problem, which is that IPSO itself is unaccountable.

“He is a very senior, very powerful, influential journalist in the Murdoch papers, the biggest group in the country, and his presence at IPSO meant that effectively Rupert Murdoch had a direct line into the management in to the organisation which should not be allowed at all.

“The big national newspaper are refusing to join a regulator which meets the standards laid down by the Leveson inquiry. They are determined, as Leveson were told, to ‘mark their own homework’.”

This comes as the government announced last week they had scrapped plans to go ahead with ‘Leveson two’, the extension of the 2012 inquiry which would assess the level of criminality of offences such as phone hacking.

Secretary of State for Digital, Culture, Media and Sport, Matt Hancock reasoned: “The world has changed since the Leveson Inquiry was established in 2011.

“Since then we have seen seismic changes to the media landscape…Newspaper circulation has fallen by around 30 per cent since the conclusion of the Leveson Inquiry…We do not believe that reopening this costly and time-consuming public inquiry is the right way forward.” 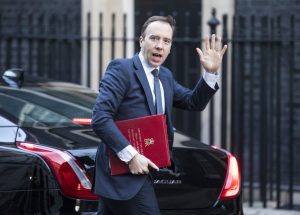 HackedOff have since said they will help victims “take the government to court”, meaning a judicial review, over their decision to reject Leveson 2, by appealing to the public for funds.

In addition, the government revealed they would not put Section 40 of The Crime and Courts Act 2013 into place. This legislation would make it cheaper and faster for those like Ms Elgy to make legal challenges, forcing publications to pay both sides of the legal costs instead of claimants.

Elgy said it was ‘baffling’ that Leveson two had not been pursued, adding: “Article 40 would be a really useful step towards a fairer regulatory system, or at least ensuring access to justice in cases of libel.

“Newspapers and journalists shouldn’t be above the law, and at the moment the faith in the press is falling. I think faith in the Government will also fall if it continues to look like they’re happy to just let the press get away with pretty much anything.”

For her next steps, she hopes to make a film about her experience and complete her dissertation on the same topic.

She told supporters: “I will continue to make a stand against hate speech and discrimination, wherever I see it. The journey isn’t over, it’s just beginning. Change is coming.”