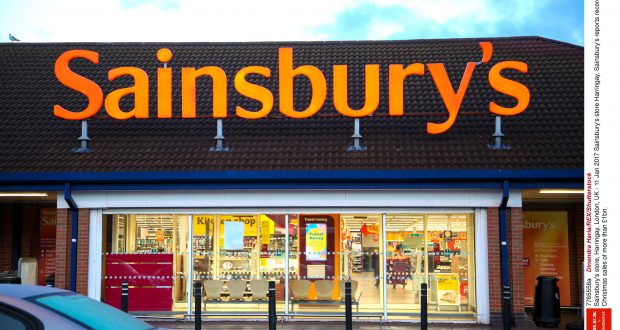 Shop locally, not in Sainsbury’s

Chains. You see them everywhere you turn. Starbucks, New Look, Boots, they litter the high-streets and entice customers away from the homegrown retail owners right on their doorstep.

The appearance of a Sainsbury’s right on Penrhyn Road has already had an impact on the locals around it. A lot of the local shops fear they will be forced to close. Sen Siva, the owner of Laabham convenience store, is one of the victims of this money-hungry society. The opening of a chain has pulled the rug out from under him and left him struggling to survive.

National chains like Sainsbury’s do not seem to have any sympathy for those they affect when they decide to open a shop. In fact, the closing of his shop could be the perfect place for the next chain to take its place. It is prime retail, right next to a university.

Of course, it will make a chain some profit, but it is also the catalyst for people losing their houses, their jobs and their livelihoods.

Unfortunately, it is our fault too. We are not the innocent ones in this, we cannot just blame the big, bad retail giants. We are the ones responsible. We are choosing to shop there instead of visiting the shops only a few doors down, it is the students and the lecturers at this very university who gave Sainsbury’s a reason to build here.

Humans are creatures of habit, students even more so. We like what is familiar, we go to what we are used to, but that does not mean it is right. By buying a £3 meal deal at Sainsbury’s instead of venturing into the sandwich shop, we are the ones who are giving a major corporation the incentive to stay on Penrhyn Road.

We constantly hear people saying that locally-owned shops are the lifeblood of places like Kingston. Shops have been passed down through the generations. The owners are happy to hear about your bad day or tell you that nugget of gossip you did not even know you wanted to hear.

You are unlikely to get that at Sainsbury’s. At best, you get someone on a zero-hour contract, hungover and unhappy to be there, serving you with half-opened eyes and going through the motions of asking you if you would like a 5p bag. You will probably get more colourful personality out of the self-service machines.

We all get it, chains may be a convenient choice, but it is ultimately devastating to the local independent traders. They will be the ones missed when all that is left are the bright lights behind the same names you can see wherever you visit in the country.

Local shops are what bring character to the area, they can be the reason people visit the area. They are the lifeblood of the city.

So, next time you find yourself around Penrhyn Road and fancy a snack, maybe check out Laabham convenience store instead of Sainsbury’s and have a chat with the owner, Sen.

I am sure you will find the human conversation a lot more exciting than a self-scan machine that does not understand when you have put your purchases in your bag.