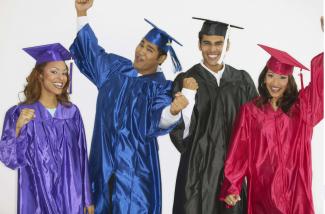 Nearly half of all university graduates are working in jobs not requiring a degree, a study has shown.

47 per cent of graduates from the past five years are in job roles where a higher education qualification was not necessary; a figure that has risen from 38 per cent.

Tonia Galati, Kingston University’s talent development and employability manager, explained: “Given the shift in practice with many employers creating apprenticeships and recruiting school leavers, the competition for graduate positions has increased considerably.”

The unemployment rate for graduates has also risen from eight per cent to nine per cent in the last year, and despite this being lower than the overall unemployment figure, the answer could lay with graduates taking jobs for which they are too highly qualified.

The study by the Office for National Statistics also showed that graduates in the medical sector, including medicine and dentistry, had the highest employment rate at 95 per cent, as well as the highest average pay at £45,600 per year.

However, Galati believes employers have become more flexible with their requirements.

“We have also seen a growing trend for employers to accept applications from a variety of degree disciplines, focusing more on transferable skills and candidates’ motivation for the role and sector,” she said.

The graduates with the lowest average salary were those with a media studies degree, however the employability rate of these graduates was second highest with 93 per cent.

“Most university careers services, including Kingston, offer careers support to graduates for up to three years after graduation. This coaching helps individuals identify job opportunities which provide a match for the skills they acquired during their degree studies,” said Galati.

The high number of graduates working in these roles is not surprising for those rigorously trying to secure work in a specialist area. Nathan Roberts, an English literature and creative writing graduate, said: “I can totally understand why so many people can’t find employment straight out of university. The figures do not surprise me as demand for jobs is so high, especially in certain sectors, and having a degree doesn’t mean as much as it used to.”

Rochelle Claxton, who graduated from KU last year, believes graduates are being forced into any form of work due to the competition.

“Graduate jobs are so hard to come by, and since there are so many applicants, it’s incredibly hard to get the job when you apply. Most graduates will be desperate for a job when they graduate and will take anything to pay the rent,” she said.