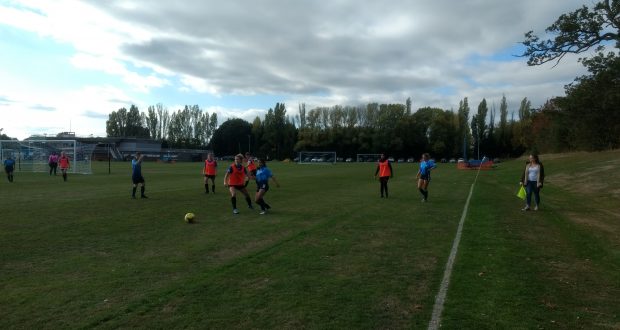 KU women's held Roehampton to a 0-0 draw at home

As a part of mini varsity the team went into the game after losing 2-1 to University of Surrey in another friendly.

The coach Marc Edwards was happy with the team and said: “The defence particularly was excellent and with a lot of new players in the team it looks well settled, so I definitely feel confident and we look forward to starting the new season next week.”

After a sloppy start the team came in strong with two quick attempts over the crossbar a few minutes into the second half.

There was an injury scare when centre-back Beth Reeves had to be taken off due to a minor concussion she suffered from colliding with a Roehampton forward but she was brought back on soon after.

Mary Phipps, captaining for the first time at the game, was satisfied with the result and said: “We drew with a team who are two leagues above us so this was a good result.”

Both the captain and coach spoke highly of the defensive efforts, but mentioned they still had lot to work on at training.