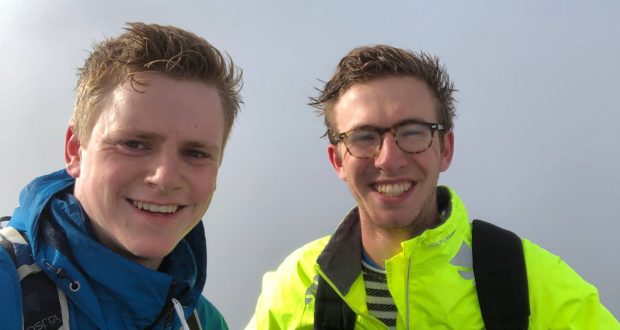 KU student raises over £1000 for charity

A KU student raised £1170 for a charity that helps businesses become more environmentally friendly when he and his friend from the University of Manchester climbed the three peaks and cycled 500 miles between them.

Harry Smith, a computer science student in his second year, and his friend William Ford, both 20, spent eight days cycling between and climbing up the three highest mountains in England, Scotland and Wales.

After one of the hottest summers recorded in this country Smith and Ford did all of this in one of its wettest weeks.

“As horrible as it was some days it was never a matter of ‘why are we here’ because the reason was very clear in our minds – we were making an impact,” said Smith.

Their impact was inspired by the Climate Group’s influence on Apple to become powered by only renewable resources.

He wanted the money they raised to go to a charity that puts pressure on corporations to take responsibility for their role in protecting the environment.

“I want to illustrate the point that corporations have a large role to play in solving this crisis,” he said.

They spent about £400 each to fund their accommodation, food and other needs but never even discussed whether to take this money out of what people donated.

Smith and Ford believe that doing things like this make more of an impact than simply donating money does.

“The impact you have on your own life and other people’s lives with your influence is also just as important,” said Smith.

The Climate Group has tweeted many thanks to them and has called Harry Smith and William Ford “the climate princes”.

About By Jordan King