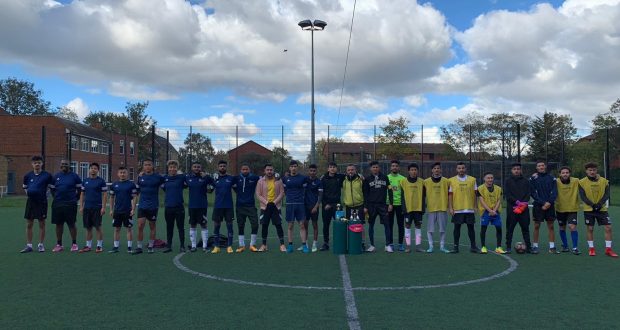 Ahmed in centre with the finalists of the last tournament

Lacrosse team raise over £1,500 for Movember

Written by Aradhya Gujar on November 27 2018

Kingston University’s lacrosse team raised over £1,500 for the Movember Foundation which will go towards men’s mental health and prostate cancer.

The team received overwhelming support and raised much more than their goal of £500 before the end of November.

“We have our individual page that people donate to but each individual page is joined to the team Kingston Lax page where we can see the total money raised,” said lacrosse player Josh Davies.

The Movember Foundation is raising money this year to help prevent suicide amongst men with the aim of reducing suicide rates by 25 per cent by 2030 as well as raising money for testicular cancer research.

Some of the men on the team have been sporting moustaches whilst the women’s team will be running 60 km over November to represent the 60 men that “we lose to suicide each hour”, according to the Movember Foundation website.

The American football team and the rugby team have been raising money for the cause too.