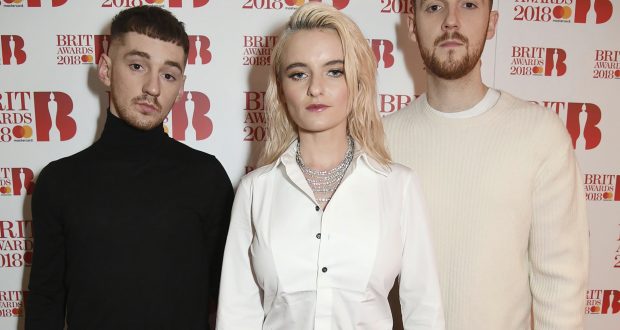 THOSE of us that love a dance are in for a treat on November 30.

The Electronic band from Cambridge, Clean Bandit, is out with their new album ‘What is love?’ which is going to feature some of the biggest hits from the past year.

What is striking about the songs on Clean Bandits new album, is that while those already released have constantly been in the charts, they differ from the usual same-note melody commonly found in most pop music.

Rockabye with Anne Marie and Symphony with Zara Larsson are among two hits that are now instantly recognisable.

The new songs on the album follow the same theme as their well-known chart toppers, bound not let their loyal fans down.

Rockabye, sung by Anne Marie and Sean Paul, became an international chart topper for the band in 2016, kick starting their career, as one of the most popular electro bands over the past two years.

Clean Bandit offer variety in the uplifting and liberating anthems such as Solo with Demi Lovato, and the heartfelt ballads like I Miss You with Julia Michaels.

The album offers listeners change, maintaining a distinct sound unique to the band, while not producing melodies that sound similar to another song.

Clean Bandit are surprisingly excellent at juxtaposing the dance genre with their beautiful melodies.

I Miss You is perhaps the most heartfelt song on the album, and is a clever mix of acoustic and electronic sounds.

The song starts with piano and string instruments and moves into Clean Bandit’s typical electro riffs in the chorus.

The latest release ahead of the new album is Baby featuring Marina and Luis Fonsi. This hit currently stands at 33 on the top 100 and is working its way up.

A song about the one that got away, not only does it have Marina’s operatic voice to do it justice, but this is alongside Fonsi’s beautiful Spanish accent makes this song more exotic than others.

What is Love? is the band’s second studio album and is no doubt on track to be a bestselling record.

The band’s most succesful hit so far has been Rather Be which blew the charts in 2014.