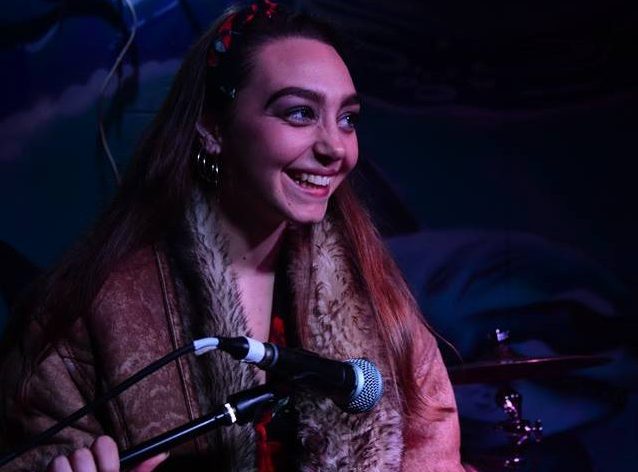 One evening last December, a 21-year-old student sat on the tube with a large back pack at her feet.

It was freezing outside and Christmas lights twinkled on the busy London streets above the dark tunnels.

The girls name is Billy-Mai Brooks and she became homeless on the first of the month; she was off to find somewhere to sleep for the night.

It is no secret that students struggle with money but many of us know the worst of it to be an overdraft that we’ll pay off later.

Our family are there to catch us when our rent comes up short, and to send us back with tupperware full of mum’s cottage pie.

University is structured around the assumption that most people have this solid support system outside of term time.

But according to research from the student loans company, over 9,000 students across the country find themselves homeless because they aren’t lucky enough to have mum and dad as a back-up.

This is why for some, money issues for students can go to the extreme. And for Billy-Mai Brooks it meant homelessness.

For close to three months, Billy-Mai had belongings stored all over the place and was coach surfing across London without a place to call home.

“I carried a huge backpack everywhere which gave me awful back pain, and I was so tired and stressed that I developed two different strains of psoriasis which was mentally exhausting to deal with,” she said.

Billy-Mai found herself without a place to live when taking a break from Kingston University after her second year studying creative writing and media communications.

Before becoming homeless, Billy-Mai was living in a warehouse without Wi-Fi and with 20 other people. This was costing her £700 a month while taking an unpaid internship to give her more experience in her chosen field.

“I didn’t want to quit, but because I wasn’t making money from it, I was juggling all this with working at a pub in Soho whilst gaining experience in the film and TV industry as a runner,” the 21-year-old explained. “I got more and more depressed and anxious because of everything going on.”

Eventually not having enough money for food or a support system that could offer her help, she started living off her housemates left overs and unopened tins in the back of the cupboards.

“Even though I was working 24/7, my bank account was empty,” said Billy-Mai. “Eventually I didn’t have enough money for rent. Bearing in mind I don’t have parents or anyone I’d feel comfortable borrowing large sums of money off.”

Billy-Mai looked for somewhere cheaper but said that plans fell through and eventually she had nobody to confide in.

“Everything sort of spiralled and I ended up becoming homeless on December 1st. I was lucky enough to meet loads of amazing people who gave me somewhere to stay. Each day was an adventure, but also really tough.

“One day I started over-thinking everything because I had no idea what I was going to do or what was going to happen. I started hyperventilating and crying and had a panic attack on the tube. I was surrounded by people and not one of them asked if I was okay.

“It was then that I knew I had to get out of London.”

Billy-Mai starting traveling across the country instead of just around London, knowing that staying in the capital wouldn’t help her finances.

“Trying to enjoy learning from the struggles, staying positive, focusing on my future goals, knowing that everything is meant to be, and not letting the pressures and worries drown me, is what kept me above water,” she said.

A few months later, Billy-Mai found hope after finding herself traveling up North.

“It sounds crazy, but the universe told me to go to Manchester,” she said.

“Suddenly I was in a whole new city full of creativity and love and togetherness and the kindest people in the UK, and I knew I could do whatever I wanted. I got a job at a bar, I started playing drums, I went to music gigs every night, I started writing every day.”

Eventually, Billy-Mai got motivation to create her own promotion and events platform where she is now her own boss.

In the first week of February, she had just enough money to pay the first month’s rent on a house.

Billy-Mai used her past experiences to start writing poetry and tried to help others by sharing her own story.

“I had this urge to tell the world exactly what I was feeling, and soon I’d written two more spoken word pieces on things I think really matter.

“I performed at events, cabarets, festivals, spoken word nights and open mics whenever I could, until I became known by some wonderful people, and now I get recommended to others and asked to perform often.”

“The issues I primarily speak about are very prominent topics at the moment, unfortunately relatable situations, and I think that’s why people are really listening.”

Building her life up in Manchester after the most difficult year of her life, Billy Mai is not returning to Kingston University to complete her final year. Instead, she is focusing on her writing and performing poetry, raising money for charities like the Homeless project, hoping to help others who have experienced rough sleeping. 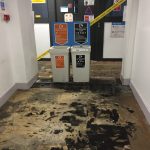