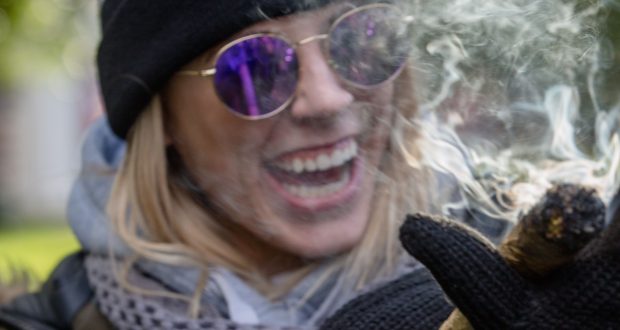 So, of course, as students, we all appreciate a bit of extra cash. A night at the pub, some new clothes, those pesky bills…but would you resort to drug dealing?

I grew up with a police officer for a father, and while this hasn’t exactly made me a saint, there is one thing I was brought up to despise: drug dealing.

When I first came to university I was embarrassingly innocent, but like most people, I became accustomed to the ways of student life. My alcohol tolerance shot up, and I came to know that despite the law, drugs are quite simply a part of student culture.

Over a third of London adults take drugs on a regular basis or have tried them at some point.

So sure, there’s certainly a market for drugs, and dealers are going to get a fair amount of business.

But while police cuts have meant that it’s become even easier to stash weed in your house, or sniff cocaine in the toilets of a bar, drug dealers are still hurting themselves more than they know.

Not only do drug dealers feed unhealthy habits, but they’re putting their whole future at stake. Drug dealers selling class A drugs (such as cocaine) can get a life sentence if caught, and cannabis alone holds a maximum of 14 years (put off yet?). While there’s the argument that police have ‘bigger fish to fry’, the risk is simply to great.

Sure, a nice car and an expensive apartment is all well and good, but would it really be so terrible to work in a shoe shop, doing good, honest work like the rest of us?

I also wonder if people would be surprised about the fact that while the middle-class white dealers enjoy privileges with the money they ‘earn’ the ethnic minorities often have to deal with the mess of supplying. Not to mention the gang crime that drug dealing often leads to.

While I can fully understand that times are hard, and circumstance has its victims, I worry for students who have turned to drug dealing merely to get a swish car.

There is, of course, the argument about whether certain drugs such as cannabis are actually harmful, with alcohol seeming to have a greater risk among the student population.

However, while many people believe that cannabis is not addictive, this is absolutely not the case. Kingston university see’s students drop-out every year because of their green habit.

I hate to break it to everyone, but cannabis seriously messes with your mental health over time and greatly hinders a younger minds development. While sharing a joint with friends every now and then is considered a fairly innocent pastime, buying the drug on a regular basis to the extent where your rent can’t be paid and the dealers can buy a nice car, is ridiculous.

Comedowns from cocaine and ecstasy can also be horrendous and have long-lasting mental health problems.

The students giving drug dealers business do not realise that they are feeding a much bigger social issue. So do us all a favour and get into retail or a bar job, like the rest of us. Nice car, but I’m not impressed.