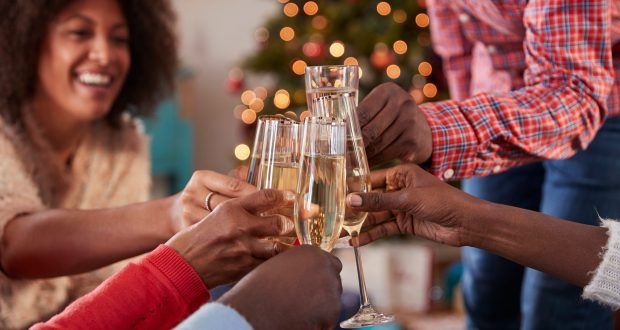 Shannon drank alcohol as an escape but she knew she had to stop Photo: Rex

“At my worst I attacked my brother and really scared some of my friends, but it wasn’t until I failed university that I realised I needed help. It still took me a further three years to realise where it all stemmed from and start doing something about it.”

Dry January is a thing that we do to make ourselves feel better about the pain we have inflicted on our liver throughout December but for some people, like 22-year-old KU student Shannon, a psydonym, Dry January was the reason she decided to put an end her destructive binge drinking this year.

Shannon began drinking when she was 14 years-old, getting drunk in parks with her friends or going to house parties but, as she got older, she developed severe anxiety and depression. Her drinking became more and more destructive.

Shannon said: “During freshers’ week I found that I drank to fit in, to deal with my anxiety and stop myself feeling so anxious and alone but it just made my mental health problems much worse. The whole culture of university is based around getting as drunk as possible with your mates.”

Shannon’s drinking began harmlessly. She was drinking to fit in and found comfort in the person she became when she was intoxicated.

“Drinking only helped me to fit in because I was the prize idiot. People thought I was hilarious and laughed at me, not with me,” said Shannon.

But after a while, Shannon’s drinking started to become destructive, not only to herself but also to the people she cared about.

Most nights, Shannon had no recollection of how she got home and often was unaware of her behaviour until the next morning.

She said: “I used to smash my room up, taking the door of the hinges and destroying furniture. My friends used to hide from me because no one could control me. My step-dad even named my drunk alter-ego, he called her Charlene.”

What began as drinking a few pints to fit in with the people around her slowly digressed into drinking to the point of blacking out with no idea of just how much she was actually drinking.

Shannon said: “I really put my life at risk a few times. I would often pass out and I’m quite lucky nothing too serious ever happened to me.”

This lifestyle became expensive quickly and after maxing out her overdraft, Shannon decided to get a job.

She said: “I was working shifts in a bar meaning I had a tab and I didn’t have to pay for my drinks until I got paid. I was allowed to drink on shift meaning I could have a jaeger-bomb to wake me up and it was sometimes my first drink.”

Despite not paying for her alcohol while drinking in her work place, she continued to spend over £100 a week treating herself to a beer first thing in the morning and drinking on average 23 units of alcohol per night.

Her degree became a secondary part of her university experience and her grades began to slack.

Shannon was turning up to lectures still drunk from the night before, using hair of the dog to get through the day and working long night shifts but, none of that mattered until she hit her breaking point.

Shannon said: “I couldn’t cope with the pressure of university, a full-time job and drinking every day. I failed my first year of university because I had no concept of when to stop. I was blacking out regularly and I felt I lost control of my life.”

She added: “I think that everyone has a breaking point but not everyone reaches it. I realised my drinking was affecting those closest to me. When I failed university, I gave up completely, but I found the courage to try again and when I retook my first year, I tried harder and I was proud of what I achieved.”

Shannon often put herself in risky situations, going back to houses of people she was hooking up with, walking in busy roads and drinking to the point of blackouts meaning she had no concept of the world around her.

She said: “I did all of the cliché stupid things people do, like stealing traffic cones but I took it too far.”

Shannon said that on one occasion she violently attacked her brother and his girlfriend while drunk and once attempted to a fight with a guy who was trying to hook up with her.

After some time, she realised that she was acting destructively and rebelliously.

Her friends feared her and no one invited her out anymore, she felt that they had branded her as a liability and refused to hang out with her.

It was then she decided something needed to change.

She said: “I finished my second year with a first and I was chuffed, I also started to care about myself a bit more and settled down with my current partner who has really helped me along the way.”

She continued: “Abusing my body for so long unbalanced me and I developed severe social anxiety where I would need to drink or I would have panic attacks meeting new people. I began cognitive behavioural therapy and it honestly saved me from myself.”

Shannon claims that she is using dry January as an excuse to stop drinking hoping to keep up with it and avoid falling back into old dangerous habits.

Independent Charity Drinkaware conducted a survey which showed 38 per cent of participants drink to forget their problems and 47 percent drinking to cheer themselves up.

Drinkaware director of content and communications Ben Butler said: “There’s often an assumption that all university students want to drink alcohol, but it is not inevitable or a requirement. For those students who choose to drink it’s important that they understand the risks. Our bodies can process one unit of alcohol an hour and drinking a lot in a short space of time can stop the body from working properly. It affects judgement and reasons, meaning you are more likely to lose self-control or put yourself in a risky situation.”

Alcohol misuse is the biggest risk factor for death for 15 to 49 year-olds, according to British charity Alcohol Change

You don’t need to be waking up and swigging a bottle of vodka to classify as having a problem with alcohol. It is often easy to fall into the mentality that drinking is a fundamental part of university life, but if you feel it is out of your control it is perfectly fine to take a break.