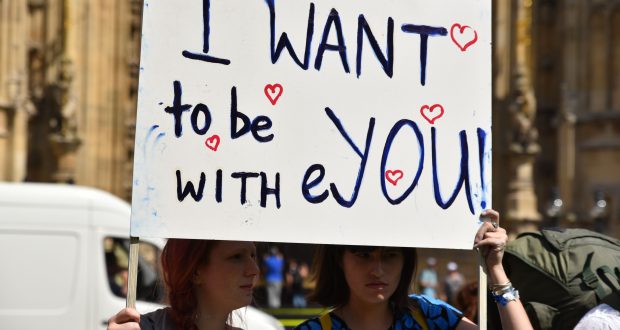 The number of EU students who come to study at KU has fallen in the 2018/19 year for the third year in a row, together with a drop of students in general, according to figures published by the University in the annual student profile.

There were 379 less undergraduate and postgraduate students that came to study in Kingston from Europe this year compared to two years ago, a drop of 35 per cent, suggesting an uncertainty about making the move to study at KU and, more broadly, in the UK.

“A clear priority this year must be to provide as much clarity and support as possible for current and potential EU students with concerns about Brexit,” said Vivienne Stern, director of Universities UK International.

The numbers do not include those that come as part of an Erasmus programme to KU, but that number also dropped this year compared to 2016/17, although only by 25 students.

Some are taking Brexit as a ‘last minute opportunity’, like Camille Autissier, 19, who is on Erasmus from the University of Bordeaux, and said that Brexit did not influence her decision at all.

“It was my first choice to come to England and if possible, to London, and my parents told me that it was a really good idea to come to London now because we don’t know what will happen after Brexit,” she said.

In contrast, the number of students that go on Erasmus from Kingston University has been rising steadily since 2016/17, from 112 students who went on the exchange program then, to 114 last year, to 163 this year.

The voting down of Theresa May’s withdrawal agreement last week increases the chances of a no-deal Brexit scenario, said Alistair Jarvis, chief executive of Universities UK, and this raises uncertainty for current Erasmus students about their situation in the UK.

“The government must give further detail on the practical arrangements at the end of March for students on Erasmus + placements, both in Europe and in the UK, in the event of no-deal. Students need guarantees now from government that funding is in place for them to complete their placements and to return home,” he said.

Teodora Ciocan, 21, tried to keep herself informed about what her status and the benefits to EU students would be before coming to do her entire International Relations and Media degree at KU from Romania.

“A lot of information that we receive is from newspapers which do not always present Brexit as a welcoming environment for EU students, but I know that the British government has made efforts for keeping the same benefits for home and EU students,” she said.

“I remember that I did take into account universities in my home country just to make sure I had a backup in case we were told that we would no longer receive the benefits we were promised, such as financial aid, no visa requirements and home fees.

“I was sure of my decision to come to study here when I found out that my status would not change in the 3 years I would be studying here.”

EU students will continue to pay the same fees as UK students at least until the 2019/20 academic year, however the process and fee status for EU students coming to study in the UK from January 2021 is still unknown.

The number of overall postgraduate and undergraduate students at KU, including home and overseas, has also dropped by almost four thousand students from the 2016/17 figure, from 19,893 students then to 15,940 in the present academic year, a drop of 20 per cent.

About Ana de Liz, Will Price