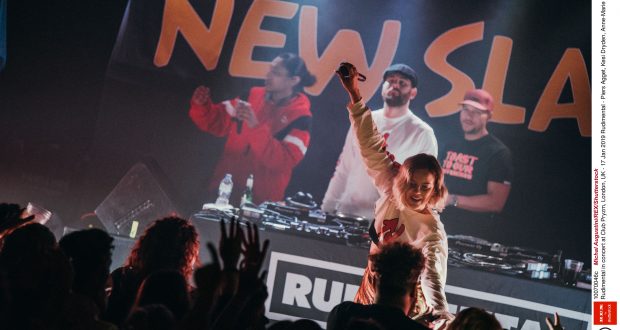 Rudimental’s Toast to our differences encapsulates everything that Rudimental is. On first listen, it’s not as powerful and soul-warming as their 2013 album Home which debuted at number one in the UK Albums Chart, where you could hum the beat or sing the lyrics and everyone would know you were listening to Rudimental. But, it has a little bit of something that tells me they are coming back for a summer of chilled out drum and bass tunes.

Starting with the first track Toast to our differences, Rudimental take you back to the carefree days of your early teenage years. It reminds me of Changes by Faul & Wad Ad & Pnau with the powerful, preaching youth choir vibe. I immediately loved it and everything it stands for. Equality, freedom, letting the past go and being true to who you are. If Rudimental had a tagline that would be it.

The second track featuring Anne-Marie and Mr Eazi has your average dancehall Caribbean beat that is pretty much standard for music today and the lyrics are perfect for their young rebellious teenage audience. It was collaborated with Major Lazer but certainly doesn’t sound like it. There are choral vocals from five-time Grammy winning South African group Ladysmith Black Mambazo and the video was filmed in Johannesburg and directed by Chris Saunders.

The whole album has a strong beat throughout – typical of rudimental, drum and bass vibes with good instrumentals. Although it really does feel like they are holding back compared to their older work. However, with this album I think there is a meaningful message that Rudimental always tries to express in their work.

Walk alone suggests that no man should suffer in silence alone. The video captures this message well by telling the stories of men in fist fights and rugby scrums. Everyone is powerful, strong and resilient when they work together and this whole album resonates that message.

One of my favourite songs in the album is Summer Love featuring Rita Ora. Her voice perfectly complements this chilled, drum and bass summer anthem. Similarly, Stefflon Don gives Scared of love some personality. It is one of the only songs in the album that doesn’t feel like its holding back, it doesn’t make you feel like you’re waiting for something more.

I like the dance vibe and yes, I will be listening to these songs in a beer garden this summer. If you can’t imagine yourself listening to it outside in the sun with a strawberry and lime Kopparberg in your hand then it’s not destined to be a summer banger.

And finally, if you’re an old Rudimental fan like me, you will enjoy ‘They don’t care about us’ featuring Maverick Sabre and YEBBA. The most Rudimental song on the entire album with typical Rudimental beats and instrumentals with the amazing, distinctive voice of Maverick Sabre joined perfectly with YEBBA. There is so much to this song compared to the others which is why I love it. It probably won’t get high on the charts as an individual song but for an original rudimental fan, this one will definitely give you what you’ve been wanting from them for the past 6 years.