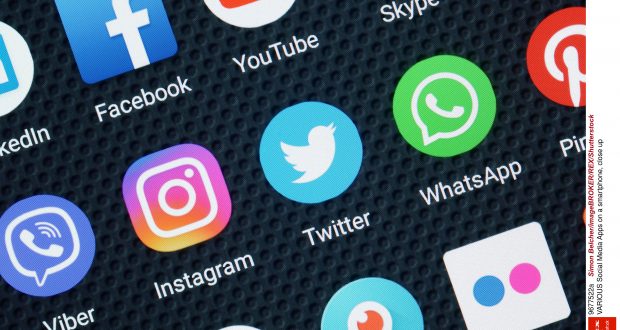 Mandatory Credit: Photo by Simon Belcher/imageBROKER/REX/Shutterstock (9677522a) Social Media Apps on a smartphone, close up VARIOUS

Social media apps could get restricted in the UK

Written by Irina Iacob on February 8 2019

Social media platforms could get restricted in the UK over hosting graphic self-harm and suicide content on their sites.

The health secretary, Matt Hancock, announced potential new legislation on social media sites, such as Instagram, Facebook and Pinterest, if they fail to remove suicide and self-harm images.

Stuart Thomson, the head of public affairs at BDB Pitmans law firm, said: “Social media has found itself being blamed for many of society’s current problems by politicians. The tough talk shows politicians are ‘in charge’ but the reality of bans and restrictions are much more complicated to implement.

“Social media firms have in large part been responsible for the restrictions they could now face. They have ignored parents, campaigners and politicians and are now paying the price.

“There will not though be a ban on social media in the UK. If the social media companies do not take strong action and immediate then the politicians will have no choice but to start passing new laws.”

Statistics from Papyrus, a UK suicide prevention charity, shows that suicide is the main cause of death in young people, under the age of 35 in the United Kingdom.

Kingston University offers a range of health and wellbeing services such as self-help guides, counselling and drop-in advice and listening sessions.

A KU spokesperson said: “Kingston University is dedicated to providing a range of support services to students who may be dealing with mental health issues.

“The Student Wellbeing Service offers appointments for students to discuss their personal situation confidentially with a counsellor or health advisor.

“The University is also partnered with an online resource call Silver Cloud that covers areas such as stress, anxiety, depression and body image. Students are able to use the resource with a member of the team supporting them.”

Younger students are more likely to have suicidal thoughts and self-harm than older students.

Katie Woodland, a developmental psychologist, said: “Posting on social media, even publicly and not necessarily anonymously is for many, much easier than speaking to someone directly.

“It is important for those of us who grew up without the internet to understand how the younger generation communicates and by banning platforms where young people feel safe to express how they’re feeling, in my opinion, is wrong.”

The number of students who have committed suicide has increased 52 per cent since 2000/1.

Faiza Ragab, a fourth-year pharmacy student, said: “I do not agree with banning social media. You need to educate the public about what is going on. People actually self-harm and they can commit suicide and people need to know that this exists.”

Depression and anxiety are the two most commonly reported mental health problems.

One in four students suffers from mental health illness, while six in ten students say that stress and anxiety get in the way of their daily activities.

Keir Harding, an occupational therapist, said: “Students encounter a number of factors that will increase stress. They will often move to a new part of the country, leaving their old sources of support behind.  There will be a pressure to succeed academically as well as the likelihood of being poorer than when living at home.  Students of this generation will also be aware of a mounting debt that people of my generation were not subject to.”

75 per cent of mental health problems is established by the age of 24.

However, young people, aged 16 to 24, are least likely to receive treatment and interventions for their mental health problems at a sufficiently early age.

Emily Aprile, a third-year nursing student, said: “I think there always has to be a healthy balance.

“Because I am training to be a nurse, from the health care side of it, you do whatever is best in the interest of the patient.

“It’s such an individual tailored one-to-one thing. Some adolescents are perfectly fine with social media and they know how to handle it, and others go into this deep dark hole of it.”

Recent data shows that 45 per cent of adults in the UK use Facebook several times a day, while Instagram, Snapchat and Whatsapp have significantly grown in the last three years.

The Office for National Statistics has found that email is the most used form of communication on the internet in the UK.

Hayley Smith, the head of Boxed Out public relations firm, said: “Hancock’s initiative has the potential to be extremely detrimental. He is coming from a perspective of if it isn’t working, destroy and control. However, he should be looking at education, better policies and greater protection.

“Banning social media steps into the domain of human rights, censorship and freedom of speech.”