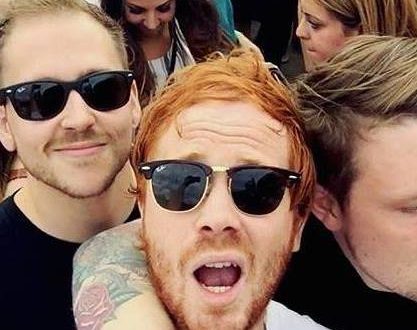 Written by Robyn White on February 8 2019

It has been revealed this week that a Kingston university graduate is the mastermind behind the world record egg on Instagram.

The world record egg account, which has now broken the world record for most liked picture on Instagram, was created by 29-year-old Kingston school of art graduate, Chris Godfrey.

Godfrey told the River: “I had an amazing three years at Kingston. After graduating I have since worked as an advertising creative for the past four years. I have however always kept working on personal projects on the side, which is how world_record_egg all started.”

The simple picture of an egg has received over 52 million likes on Instagram, which is almost triple the number of the previous record holder, Kylie Jenner.

While Godfrey was at Kingston, he was known for creating a 12 course gourmet meal in a can for his dissertation, showing no lack of creativity for the alumni that broke the internet with a simple picture of an egg.

“On Friday 4th January I read an article about the top 20 liked Instagram posts of 2018. At that point I wondered if something so simple and universal as an egg could have a big enough impact to break the world record.” said Godfrey.

Now working for an advertising company in London, Godfrey created the account to attempt beating the current record held by Jenner, using an egg as a universal symbol.

The caption of the infamous egg read: “Let’s set a world record together and get the most liked post on Instagram. Beating the current world record held by Kylie Jenner (18 million). We got this!”

The world record egg account has now started to use its success to help mental health stigma, with the latest post from the egg account being a video, promoting talkingegg.info, a website with lists of useful mental health links in different countries.

Godfrey claimed that although the success had been a ‘fluke’, he is determined to use his success for good.

After the egg account gained success, the account posted pictures of the egg ‘starting to crack’ as a metaphor of people cracking over social media pressure.

“I started the account from zero followers on January 4th and the growth was completely organic. Giving the audience a challenge meant we all came together with one common goal: to break a world record. The user generated content people were creating for the egg helped to spread the reach, keep people entertained and ultimately create a large following and interest in the egg,” said Godfrey.

When asked about the significance of an egg, and the reasons for the chosen image, Godfrey said: “An egg has no gender, race of religion. An egg is just an egg.”

Godfrey claims that he wanted to experiment whether something as plain as an image of an egg could beat Jenner’s then record breaking picture of her new born daughter.

Godfrey claims that the success of the egg has been overwhelming, and he hopes to keep using his success to promote mental health support.