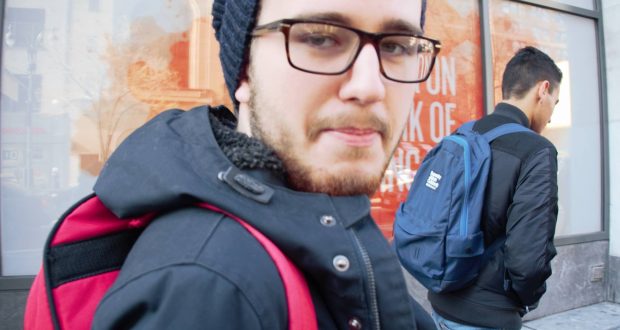 A KU student contracted a bone infection after helping the Royal National Lifeboat Institute train for search and rescue in the Thames.

Tom Dell, an Environmental Hazards and Disaster Management student, acted as an injured and concussed person for the RNLI to rescue in November.

“When I was going home to Cambridge for the Christmas break, my finger was swollen and my finger nail was bruised, as soon as I got home mum took me to A&E,” said Dell.

Dell was x-rayed and put onto an IV drip within ten minutes of arriving to A&E.

The x-ray showed a black indent on his finger where an infection had spread to his bones.

“The nurse told me that if the antibiotics didn’t work, the infection could spread and my finger would have to be amputated,” said Dell.

The hospital had already pulled Dell’s finger nail off with a local anesthetic to his arm to stop the infection in the nail getting worse.

The doctors predicted five months until the nail grows back completely.

Dell said he could not think of anywhere he had been that was unsanitary when the doctors asked him.

“I figured it out after I told one of my course mates about it and he said that I might have had an open cut when we were in the river,” said Dell.

The doctors confirmed that he probably contracted the infection during the RNLI training session in the Thames.

Dell had to redress his finger every day and was very anxious he would lose his finger as his career goals require him to be able to do things with his hands.

Tom Dell recovered from the infection after a month of daily redressing and hospital check-ups and did not have to amputate his finger.