The second instalment of the Happy Death Day franchise, Happy Death Day 2 U, comes out this Valentine’s day. The film’s genre is a mix of horror, comedy, slasher and teen rom-com and while it executed each relatively well, it feels disjointed.

Happy Death Day 2 U begins by following the day of Ryan who is being stalked following a science experiment and is then violently stabbed and killed only to be woken up and have his day restarted.

On the second run through of his day, his roommate Carter’s girlfriend, Tree (who was the protagonist in the first Happy Death Day) stops him to tell him what is happening and how to stop it resulting in Ryan finding out it is an alternate version of himself trying to kill him. This never really gets explained.

After Tree realises that Ryan and his friends have been playing with time, Tree is transported back into the time loop forcing her to relive her birthday over and over, just as in the first Happy Death Day.

The film does every genre it tackled justice, but it felt as much of a filler as The Crimes of Grindelwald did for the Fantastic Beasts series.

The horror aspect was mainly instigated through jump scares which were executed well but perhaps there could’ve been more to stop the film feeling like just another teen flick.

The one main issue with the movie was the suicide montage.

It is suggested to Tree that as she will have to die multiple times until they get the correct code to fix the loop in time, she might as well kill herself so it is less traumatic.

This elaborate montage scene then begins, playing Hard Times by Paramore in the background as Tree finds multiple ways to kill herself from drinking bleach to skydiving without a parachute and landing in front of Carter and his girlfriend.

It feels a bit of a normalisation of suicide as it feels like she is trying to find the perfect and most ‘fun’ way to kill herself.

All in all, the movie was mediocre at best, at times problematic and generally not worth watching. 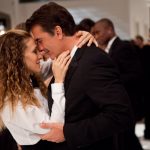 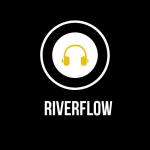