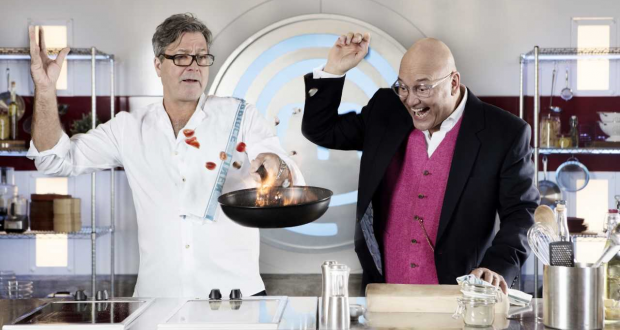 Paul Stafford, former director of foundation studies in art and design at KU, is now among the last 16 amateur cooks who will be competing for the coveted title of MasterChef.

The dish that saw Stafford progress was a lobster and shrimp ravioli in a lobster bisque garnished with chopped nasturtium leaves and parmesan and nasturtium flour twills.

Stafford said: “I worked hard on the show to combine my love of all things Northern with my affection for the South of France. I used Morecambe bay shrimps with a Lobster so as I said on the telly ‘from Manc to Marseille’.”

MasterChef is a competitive cooking show in which amateur cooks compete against each other to ultimately prove that they are the best cook on the show.

Stafford’s inspiration to cook came from his mother: “My Mum who I loved but was an awful cook, she used to roast a leg of lamb until it was incinerated then let it go cold then pour hot gravy over it all! I thought it was the height of good cooking when I was a lad. She used to cook on a budget for her four kids.”

“I realise looking back how hard a life she had working full time at the local co-op and bringing up four children on little money.”

Food critic Jay Rayner commented on Stafford’s dish saying: “I could do a lot of damage to that dish if I was left alone in a quiet room.” 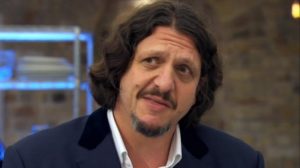 “I could do a lot of damage to that dish if I was left alone in a quiet room.” Jay Rayner

The 15th series of the BBC One show will follow the remaining 16 contestants into knockout week. Those 16 will then be reduced to eight for the semi-finals.

In recognition of his contribution towards UK art and design education, Stafford was made an Honorary Fellow of Kingston University in 2014.

Stafford said that his appearance on MasterChef has been acknowledged by many former students who have congratulated him on his performances.

Stafford said: “I have been cooking since I was about 11 or 12 years old. Mum always boiled steak with onions and never pan fried it. I wondered what it would be like if I grilled it so I did and made it charred on the outside and then, when I cut into it, pink on the inside… it was a revelation to me.”

Stafford’s cooking progressed further when he met his girlfriend (now wife) at art school and they shopped for cheap cuts of meat to turn into exotic dishes.

Stafford progressed into the knockout week with fellow contestants Elliot, Thomas and Rebecca whilst Ajay and Sonia were eliminated in the heat. 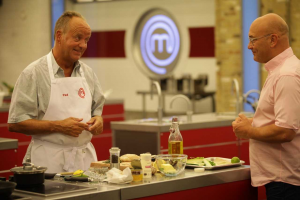 Contestant Paul has been progressing through the competition. Credit: MasterChef

He said: “I was also so happy for my fellow contestants that went through, especially Elliot who has become a good friend whom now have regular contact with.”

He is an artist and a sculptor. Stafford was a passenger on the BA038 flight from Beijing that crash landed at Heathrow in 2008 and he explains this had a profound effect on his life.

“I was privileged to have as my Dean at the time Dr Simon Ofield Kerr who was a gifted academic leader who gave me time and incredible support that enabled me to reflect on my life and my future.

“I will always be grateful to Simon and Kingston University for its support and kindness.”

The next stage will be showed on Sunday March 10 7.30pm on BBC One.