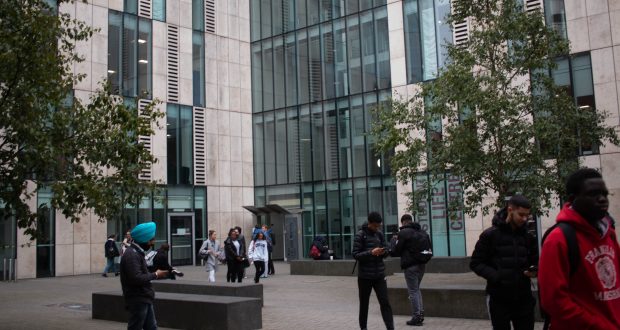 Written by Marie Mannes on October 2 2019

Dozens of toilets were rendered unusable yesterday in the John Galsworthy (JG) building at Penrhyn Road Campus when none of them were flushable.

The toilets in the JG building were left in quite a state after the flushing mechanisms failed. The issue occurred only minutes after Kingston, like large parts of the Midlands, South England, and Wales, was hit by massive amounts of rain and thunder. In some areas of England it rained as much as a week’s worth in just an hour, according to BBC.

Both the JG building at Penrhyn Road campus and The Business School at Kingston Hill have implemented rain harvesting technology. This means that the buildings collect up to 10 000 litres of water which is used to flush the toilets in the buildings.

The River met several students who were unhappy with the state of the toilets, and decided against using them for this reason. A History and International Relations student who did not wish to be identified said: “I came in here to go to the toilet, but it’s so gross so I’m just gonna go to a different building instead.” The student said she was disappointed with the fact that none of the toilets in the six storey building were working but said that she did not blame the university as “these things happen.”

Students also said that there have frequently been issues with flushing the toilets in the JG building, more so than other buildings on campus.

A spokesperson from Kingston University said: “The University takes the health and safety of students very seriously, and if students notice any fault with facilities on campus they should report to campus support straight away.”