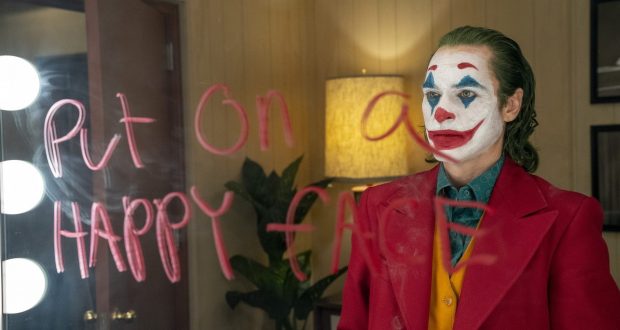 Joker review: The Clown Prince is Back

Written by Charlotte Dorans on October 1 2019

Before he became the Joker, he was Arthur Fleck, a loner and social outcast working as a clown for hire, played brilliantly by Joaquin Phoenix.  He has big dreams to become a stand-up comedian, despite his unfortunate tick that makes him burst into uncontrollable laughter at inappropriate moments.

Arthur still lives at home, looking after his mentally and physically ill mother in a rundown apartment complex. They watch late-night TV show host Franklin Murray religiously, and Arthurs one-sided crush on neighbour Sophie Dumond is anything but sweet. 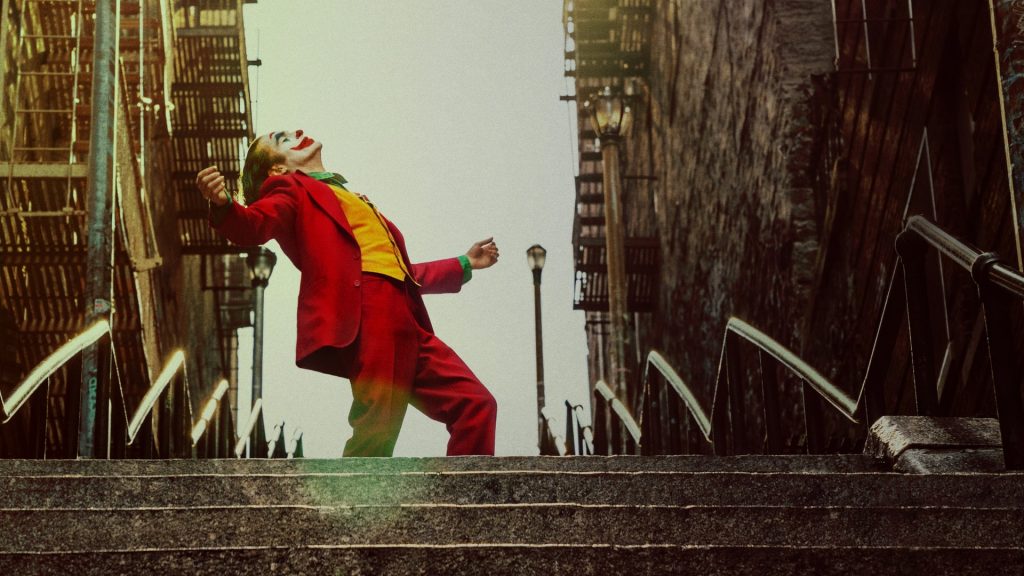 Throughout the first half of the film, Arthur is mistreated by Gotham’s society, which favours the rich and powerful, while the poor are left to fend for themselves. He takes a lot of punches in this movie. Quite literally. Our first introduction to Arthur is him being beaten in an alleyway after a group of kids stole his clown hire sign.

Phoenix had some big clown shoes to fill. His predecessor Heath Ledger’s performance as the Joker in the classic 2008 Batman film The Dark Knight, is considered by many to be the most iconic Joker performance. Phoenix made the character his own, choosing not to research previous Joker performances so that his role was a fresh take on the murderous clown.

Though the film itself is a separation from the DC Cinematic Universe, its comic book influences are there. The plot is very reminiscent of Alan Moore’s classic 1988 graphic novel The Killing Joke, which portrayed a dark and sombre tone that has impacted the rest of DC’s catalogue.

The dark and gritty tone of the comic book is clearly carried over to Joker, from the set design of Gotham City being covered in rubbish and graffiti, to the ominous musical score.

However, the overall feel is confusing at certain times, and it is often unclear whether or not Arthur is someone we are supposed to feel sorry for. 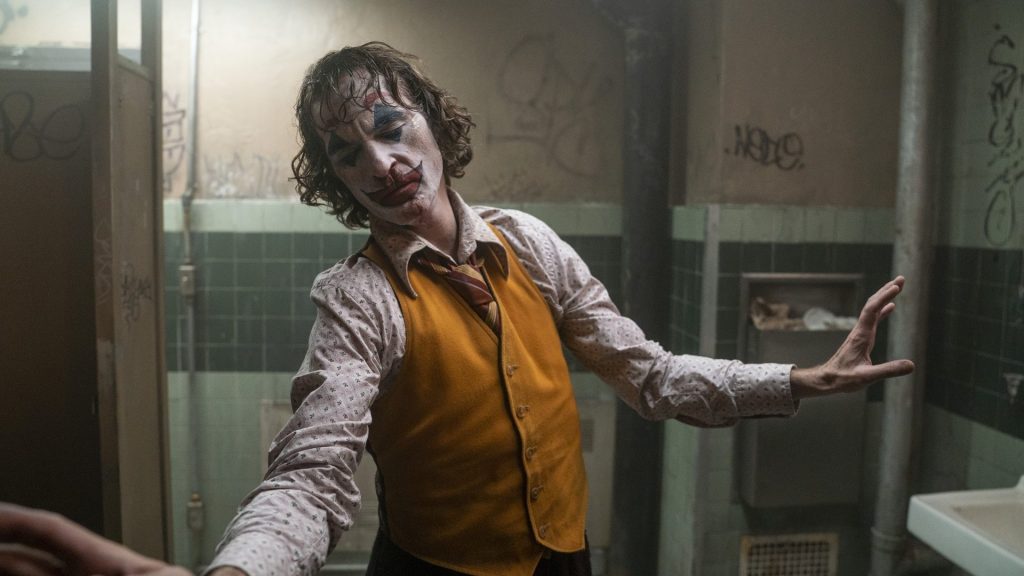 At the beginning of the film, he is portrayed in a somewhat sympathetic manner. We’re supposed to feel sorry for this down-on-his-luck character who just can’t seem to catch a break. But as the movie goes on, he becomes more vindictive, cruel and downright sadistic, hurting for the fun of it. Even during moments that are supposed to create empathy, the music score tells us, the audience, otherwise.

The big question that Joker attempts to raise, and fails spectacularly at, is that villains are not born, they are created. The plot tries to force the idea that society is a pivotal part in ordinary people’s downfall. At times this message seems slightly ham-fisted, especially with the controversy surrounding the film, encouraging sympathy towards those who feel society is to blame for their shortcomings.

If you are looking for an action-packed, comic book blockbuster, then this film is not for you. But if crime thrillers interest you, then I would recommend Joker.