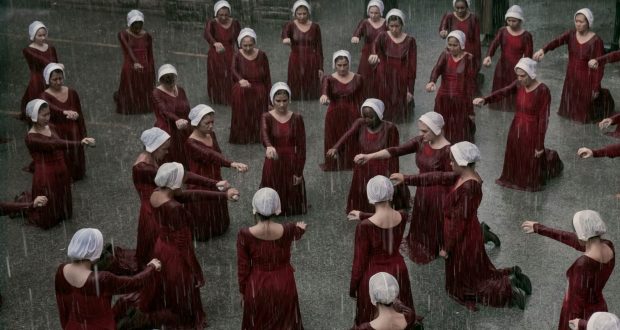 Margaret Atwood’s The Testaments was worth the 35-year wait

Did he live or die? What a cliff-hanger, right? Sherlock fans had to wait two years for the burning question of whether their beloved series protagonist, played by Benedict Cumberbatch, had survived a seemingly lethal fall. For Margaret Atwood fans, the wait was even longer. Was Offred’s escape from Gilead, the suffocating patriarchal dystopia, successful?

Thirty-five. Thirty-five years it took to learn the fate of The Handmaid’s Tale’s narrator and get an answer as to how Gilead had fallen. And it was very satisfying.

The Testaments is arguably a slow burner, it takes its time feeding the reader a meagre spoonful of information. But it works. I could not read fast enough. The suspense was torture.

As a creative writing student, I have been taught that it is a writer’s uppermost duty to make the characters suffer, and with them, the reader.

I both hated and marvelled at Atwood’s skill. The narrative is a hell of a twisty ride, taking us deeper than ever into the heart of Gilead- if only to watch it implode.

The book follows three witness accounts, one of whom is Aunt Lydia. She belongs to the aunts, a group of women that can be described as angry and conniving militant nuns. Their job is to preside, and to some extent, enforce Gilead-values on the rest of the women in Gilead society.

People who have read the book or seen the series may recognise her as the same Aunt Lydia from a Hand-maid training centre the first book’s protagonist was in. Never fear, you do not need to read the first book before reading The Testaments – unless you absolutely love spotting Easter eggs, of course. 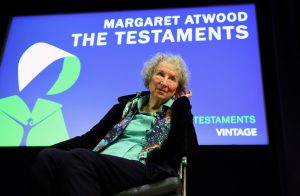 Photo by FACUNDO ARRIZABALAGA/EPA-EFE/Shutterstock
Canadian author Margaret Atwood during a press conference after the release of her new book The Testaments.

If you have not read the book or seen the TV series, you can think of Aunt Lydia as a crueller Severus Snape, but just as deeply submerged in the politics of the world around her. Hers is a story of survival and power dynamics, a story she narrates to an imagined hoped-for, future reader. Perhaps you.

Should you be among those rare people who have never read a Harry Potter book and somehow avoided the films, you can take Aunt Lydia’s own words for it: “Think of me as a guide. Think of yourself as a wanderer in a wood. It’s about to get darker.”

While Offred was limited as a narrator as she was by her white handmaid’s hat and confined space she occupied, Aunt Lydia’s shrewd account, coupled with the testaments of two young women (one of who grew up in Gilead), is eye-opening and underlines the hope that Gilead will end.

The fun is in watching it unravel.

So to wrap this review up, would I recommend this book? Totally.

Why should you read it? It is entertaining and insightful.

But if you do, hurry. The Gilead of The Handmaid’s Tale may have appeared a distant future in 1985, but the Gilead of The Testaments may not appear to be so distant in 2019.