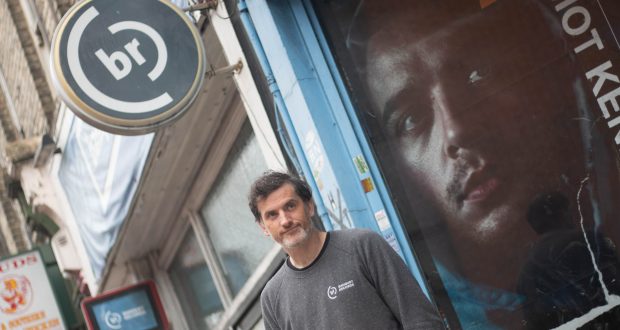 Co-owner of Banquet Records, Jon Tolley is concerned over Brexit. By: Marie Mannes

The owner of local favourite Banquet Records has spoken out about how Brexit is the biggest challenge for the popular Kingston record store.

Store co-owner Jon Tolley said that the uncertainty around the Brexit deal is his biggest concern as most of the store’s stock is produced in mainland Europe and then sent to warehouses in the UK, and then to the shop on Eden Street.  “The problem is how do we get 80 per cent of our stock into the UK in a timely manner? Until someone tells me that, then I’m going to keep worrying,” the record store owner and Kingston councillor said. 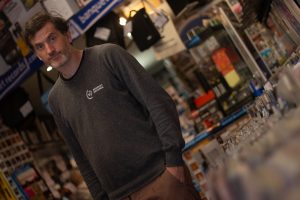 Jon Tolley is worried fewer people will buy records after Brexit: ” You only buy a record as a luxury choice.”

Tolley, who was a customer of the store in his school days, said that it is unlikely that Brexit will force the much-loved record store to close. “While it probably wouldn’t make us go bust it would stop some things from happening it might be some gigs, it might be some products that we don’t have. It might be that people are losing their jobs so they have less money to spend, on hobbies like records collecting. You’ve got to buy food, you’ve got to pay your rent. You only buy a record as a luxury choice.”

Touring American or European bands will have to reconsider how their crews and equipment get to the UK, a concern to the local store which hosts club nights attracting artists like Norwegian singer Sigrid and American singer-songwriter Billie Eilish. Tolley also believes that a lot of bands are not booking UK and European tours in this period because they think it’s all a bit weird. 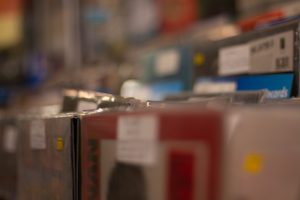 Most of the store’s stock is produced in mainland Europe. By: Marie Mannes

He predicted, that if Brexit was “a mess”, a solution for well-known artists could be to bypass physical stores and send the vinyl records direct to customers through the online retail giant Amazon. He said that if that was to happen, it is unlikely that customers would continue to visit physical stores – a threat to the already-struggling high street. “If they bypass all the other physical stores, then that bridge might be burnt forever. Maybe people will just get out of the habit of supplying physical stores – and if we’re not supplied then we can’t sell that stock.”

But Tolley is optimistic that, six months after Brexit, things will sort themselves out for the local record store: “I don’t want to be alarmist because I think that after six months or so, it will probably sort itself out. But it’s whether or not smaller businesses can survive those six months. We operate on such small margins that if we lost 25 per cent of our trade for a month, we still have the same amount of rent to pay. We still have the same amount of wages to pay. That would really hurt us. But I don’t think it would make us go bust – but it would make others go bust,” he said.

Warner Music, which supplies Banquet Records with albums from artists like Coldplay and Ed Sheeran, has released a new report on its Brexit contingency plans for the last three months of 2019.