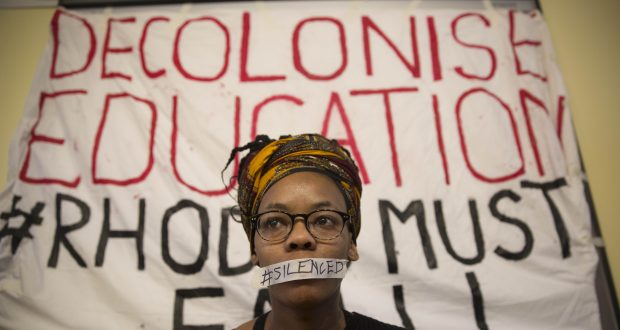 National Union of Students warns that universities are ‘product of colonialism’

The National Union of Students (NUS) have warned UK universities that they are “a product of colonialism” and say more needs to be done to challenge the “racist structures” they face.

The NUS has released has revealed that decolonising education is one of 10 campaigns that the union will work on in the coming year.

NUS’ Plan for Action manifesto said: “Our educational structures and institutions are a product of colonialism: some have directly profited from this, while others have propagated systems that assure white privilege.”

For several years, universities have been urged to assess whether a typically European perspective dominates their courses’ curriculums and whether they position non-European content as inferior.

A KU spokesman said: “All academics are encouraged to think about how inclusive their teaching is, reflect on any unexplained differences between groups, and ensure some students don’t identify more with the curriculum than others.

“Part of the inclusivity agenda [at KU] is considering alternate world views and knowledge and celebrating the background and social capital of the diverse student and staff population.”

Other campaigns to decolonise education concentrate on issues like the Rhodes Must Fall movement, which began in 2015.

It encourages institutions in the UK and South Africa to remove statues honouring the British colonialist Cecil Rhodes.

The manifesto adds: “The sector recognises it has a responsibility to dismantle these systems. However, there remains the need for a vision of a truly liberated education, one that can thrive free from isolated attachment to western narratives.

“NUS will support activists working across the UK, to understand, identify, and actively challenge the racist structures in our colleges and universities.”

Universities UK, an organisation that represents vice-chancellors, said: “Many institutions have taken on board the need to have a more inclusive curriculum.

“Our work suggests several universities are reviewing their curriculums as well as conducting liberation or decolonisation activities in co-ordination with students’ unions and individuals.”

Some of the other priorities in the 18-page plan include: student funding, tackling transphobia and combatting sexual violence and harassment.

The NUS national president Zamzam Ibrahim said: “While our plan contains ambitions beyond 2020, [the manifesto] is founded in the reforms that members have told us they want, and the needs of today’s and tomorrow’s students.

“We’ll be looking to work with our members and students more closely in the coming months as we launch other initiatives that support the delivery of our 10-point plan.”