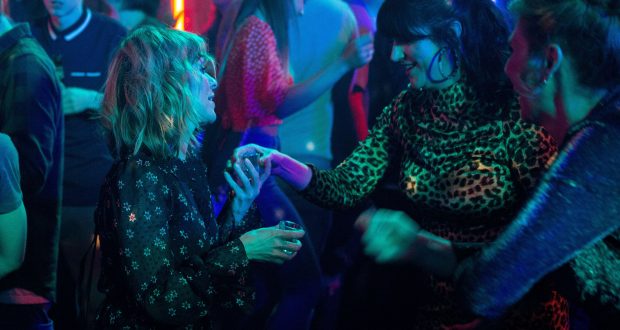 Kingston students have been urged to report sexual assaults to the police after a string of students said they had been groped in local nightclubs.

Three students have told The River how they were attacked by strangers in the clubs in assaults ranging from unwanted touching to biting.

Now campaigners are calling on students to report incidents when they are on a night out.

A spokesperson for a Sexual Harassment Working (SHW) group said: “Our advice is to always report. Most women just want to forget about the experience.

“But if we don’t report what our experiences are then a bigger picture of how widespread and how common these kinds of behaviours are cannot be built.”

A Kingston University human rights student was dancing with her friends at Pryzm nightclub during fresher’s week when someone approached her from behind and bit her neck.

She said: “I felt gross because it made me feel like I am a piece of meat. This guy hadn’t even spoken or said hello to me.”

She did not report the incident to the club’s bouncers because she felt the alcohol in her system prevented her from explaining what had happened to her properly.

A study conducted in 2017 has shown that young people believe that sexual harassment is simply part of a night out.

Inappropriate comments, unwanted touching, groping, and inappropriate behaviour had been experienced by 79 per cent of woman, according to the report.

This incident is not the only one reported. A pharmacy student was groped when she was out in Kingston’s Viper Rooms.

Before heading to the club, she and her friends were pre-drinking, before being introduced to a couple of her friends’ acquaintances.

The group then headed to Viper Rooms and continued to drink. It was then that one of the male acquaintances grabbed her.

She said: “One of the mutual friends persistently started touching my lower back and ass.”

“I felt frustrated and disappointed that this has happened to me and that the individual felt as if they had the right to touch me in that way unprovoked, especially when I had tried to distance myself from him multiple times.”

A psychology student who has experienced similar behaviour inside Viper Rooms was out with friends when a man touched her butt.

She did not report it to the bouncers at the club because it was the end of the night, and they were busy kicking people out.

“I felt no one would do anything about it and the guy disappeared right after.”

A spokesperson for Pryzm said: “The safety and enjoyment of our customers is our main priority.

“We operate a zero-tolerance approach to sexual misconduct and would encourage anyone with concerns to speak to a member of our team who will support them.

“We have robust guidelines in place for dealing with sexual misconduct complaints, including full reporting of allegations. We also have We Care ambassadors in place to look after the welfare of our customers.”

The spokesperson for the SHW group said: “It is never the victim’s fault. No matter what you wore, didn’t wear, what you did, whether you drank, or anything else. It is not your fault.

“If you choose to report sexual harassment, I suggest taking detailed notes about who you reported to and what you told them.

“Sadly, we often heard that it could take many attempts before anything is done. Also making a tape recording can be helpful, but you would want to check with a lawyer on any legal limits for this.”

The SHW group is demanding changes in combating discrimination and harassment.

Legislators can only take action when they have been given enough evidence to show that they need to step in and make the world or a life a safer, better and nicer place.

“Unfortunately, while we have so many men in power, the issues that predominantly affect women are still not being seen as important enough to investigate or do anything about on a larger-scale effort. That is changing and will keep changing. It will change faster if we report every single incident, no matter how small. We may be good at dismissing these advances, especially the smaller aggressions, but microaggressions become macroaggressions if they’re not nipped in the bud.”

The MET police offer a range of services to make it easier for victims to report these types of cases.

Victims can choose to report the cases online by calling 101 if they feel uncomfortable talking in person, or visit a Haven, specialist centres in London for victims. Someone can report on your behalf by calling or visiting a police station.

It is important that every incident is reported so a bigger picture of how wide spread and how common these kinds of behaviours are can be built.

If more reports are made it would force legislators to act on it.

“The issues that predominantly affect women are still not being seen as important enough to investigate or do anything about on any large scale effort,” said the Sexual Harassment Experience Group.

More should be done to eliminate this behaviour before it occurs so women would not have to spend their time reporting incidents and the onus would not be on women if men respected the law.

The students featured wished to remain anonymous so they could protect their privacy.