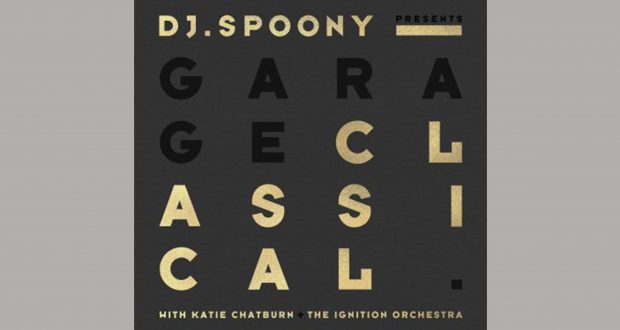 Garage Classical is a surprising genre mashup that is nothing short of marvellous. Produced by former Radio 1 presenter DJ Spoony, the compilation album features a rendition of Sweet Female Attitude’s ‘Flowers’ from the original members of the Sugababes – their first music release as a group in six years.

The Ignition Orchestra accompanies the star-studded line up of garage veterans and scene newbies on the album’s thirteen-track repertoire, providing an unexpected but undeniably fresh spin to the familiar old school tunes. Prior to its release, fans were teased with the preview of featured tracks “Sweet Like Chocolate’, covered by the UK’s sweetheart Lily Allen, and ‘Moving Too Fast’ from fellow pop princess Paloma Faith.

Game of Thrones fans will be delighted to hear Grey Worm actor Raleigh Ritchie’s soothing tones once again on his cover of ‘Fill Me In’ by Craig David. The garage king loved Ritchie’s homage, commenting on his Instagram post “Smashed this brother…you do it justice and I love your music too!”

Allow this quintessential collection of UKG to transport you back to a simpler time. There’s no denying that these legendary tracks serve as a reminder of peak noughties Britain, and now with an orchestral update for 2019, it’s music to our ears.

If that isn’t enough to convince you to embark on this trip down memory lane, So Solid Crew are back, appearing on Garage Classical to remix their own 2001 hit song ‘21 Seconds’.

For those of us that grew up in the early 2000s, this album of throwback tunes covered by the idols we adored and plastered all over our bedroom walls is the ultimate dream come true. For those with doubts, I urge you to put your scepticism aside and give the orchestral garage a chance at your next pre-drinks, road trip or lengthy shower.