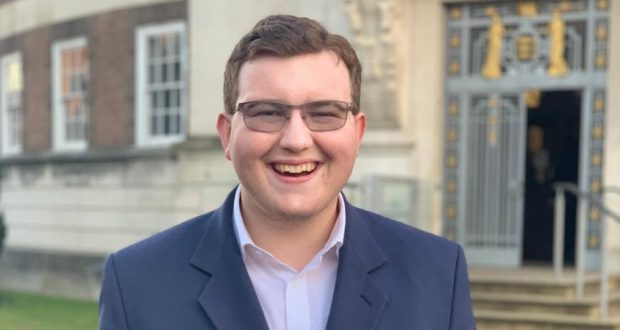 A first-year politics student at Royal Holloway is standing as an independent candidate for Kingston and Surbiton in the general election on December 12.

Living in New Malden, James Giles, 19, is focused on improving the housing market in the Kingston Borough. Of all new homes built in the last three years in Kingston upon Thames, only 19 per cent were deemed ‘affordable’ by charity Trust for London.

Giles said: “It’s about actually encouraging sustainable development to make sure that there are truly affordable places for people to live in, particularly young people because they would have settled in here over there three years/four years or however long they have been at Kingston.

“It would be a great shame to lose that talent that they have just acquired and been upskilled with for the simple fact that they can’t afford to live here.”

In 2011 the Liberal Democrats voted to triple the price of tuition fees. Giles says if he were in the House of Commons, he would vote to abolish this scheme.

Up against well-known Lib Dem candidate Ed Davey, Giles thinks to be young means he is not complacent about what it means to be MP for his community.

“I think it’s an advantage actually [being young] and it falls in my slogan which is ‘a fresh start for Kingston and Surbiton’,” said Giles.

Despite campaigning and connecting around the constituency in all his spare time, Giles is yet to tell his lecturers at Royal Holloway University of his political endeavours.

Giles started out on his democratic journey at just 14. His first campaign five years ago was successful in saving the Malden Centre in New Malden.

He said: “It’s still there and it’s going to be there for the future and from there I just got sucked in really. And it shows that you don’t have to be part of a larger group funded by any rich individuals. If you simply go for it and make some noise, people will be surprised at the results.”

James Giles will be visiting Kingston University in the next few weeks to discuss his campaign and invites students to come and ask him questions.

He said: “It’s really great to see lots of people my age wanting to get involved in the democratic process and really get involved. I think in the past, there’s been this sort of theory that young people don’t care, which I think is really unfair, I think they really do.”

Giles encourages all students to go and vote in the election even if it is not for him. He says spoiling your ballot is a legitimate way of making your voice heard and is far better than not voting at all.