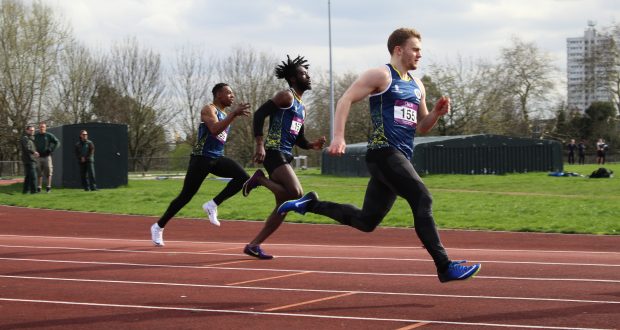 Written by Eddie Luchford on December 11 2019

They came ninth out of fifteen teams at the LUCA Indoor at Lee Valley, with some athletes posting incredibly impressive times in their events.

Tijesu Akeredolu came in first place in the 60m Hurdles with a time of 8.95 seconds whilst teammate Idy Ekere had the quickest time on the day for the 60m sprint, clocking in at a scintillating 7.16s.

The team, which formed in January this year, has over 10 athletes currently in training and are building up a club for long-distance running such as marathons and cross country.

The running club is open to all abilities and is a social orientated club aimed at getting people active, with more experienced runners offering advice and guidance to anyone willing to get involved.

“I do believe that everyone has an athlete in them, it just takes a bit of determination to dig it out.

“We want to continue to grow in number, compete in a wider range of events and become a more established force in the London university athletics circles.”

Membership starts at just £5, training sessions and joining information can be found on the student union website.