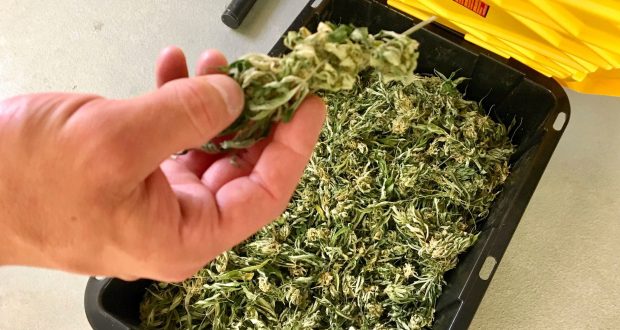 Does CBD really work? These Kingston University students are convinced

CBD oil is currently sweeping the world and becoming the latest health trend, being used by people universally to help with a multitude of health benefits.

CBD is formerly not 100 per cent medically approved as research is continuously taking place in order to make it approved across the board.

Epidolex a type of CBD medication which helps certain types of epilepsy became the first and only cannabis product to be FDA approved in 2018.

This summer it was announced that the CBD market will grow by one billion pounds each year by 2025, as shown by the market research commissioned by the CMC estimates.

After speaking to Kingston University students who take CBD, they agreed that it is starting to gain interest with its popularity.

They hope that more people will eventually be educated on its health benefits and try to decrease the stigma that surrounds it.

However, there is a question to be had here. Are students genuinely taking CBD for real health benefits or just to appear cool?

CBD has become something of a reliable source when it comes to stress for Kingston University students.

The River has previously reported how Kingston University students utilise it in order to help with stress and focus on their studies.

If anything, more and more students are turning to CBD and almost relying on it to cope with the pressure of deadlines and exams.

Cannabis is most known for relieving many symptoms of stress and anxiety. The fact that CBD has become more readily available is a factor in its growth.

It is now being sold in high street shops such as Holland& Barrett and even some bars in London sell CBD beer to customers.

Theodore Buttigieg a director at The CBD Point said: “CBD is definitely becoming more popular every day. It is such a big game-changer within the health industry.” This is clearly supported by the rise in sales each year within the CBD industry.

Some have said that CBD could be a pseudo however Savanna Kelly-Drakes, a third-year journalism student, said: “I see the benefits [of CBD] and I have done for a good few months now, when I do not take [it], I do see the difference.”

Students at Kingston University believe that CBD really is helping and that it could not possibly be a pseudo as John Barons a third-year aerospace student said: “It helped most with pain and reduced stiffness and inflammation.”

Whereas some students are reluctant to try it as although there has been a lot of medical trials and research done into CBD there has not actually been any solid evidence to support the claims that it helps at least nowhere near the amount that prescribed medication has had.

Omina Jones, a second-year journalism student, was eligible to apply for CBD treatment for medical reasons to support her womb and ovaries. Although she did not take them up on the offer as she expressed her worry over the reliability of the drug.

“I was worried about the little research that followed the treatment, it was relatively new and I didn’t trust it as much as I trust modern medicine,” she said.

Both Kelly-Drakes and Barons said that the results from taking CBD were almost instantaneous.

Kelly-Drakes said: “I saw results more or less instantly the first time I did it, it helped me more or less straight away. I felt a lot calmer.”

So are students genuinely taking it for the real health benefits or just because their friends are?

Barons was recommended to take CBD by a friend. Yet other Kingston University students are taking it due to the health benefits provided.

Perhaps students are taking it up because they see others are doing or they want to seem cool. They are taking a form of cannabis without them actually realising the health benefits it can bring.

There is an ongoing stigma around CBD due to its association with cannabis and its illegal properties.

Buttigieg agreed with this and said: “Because of the mentalities of the generation before us, there was a bad mark left on cannabis especially in the 1960s and 1970s adding that many people have stereotypes cannabis users as lazy, stupid, dangerous and sometimes violet. Until everyone has been truly educated on cannabis then this stereotype will always remain.”

Kelly-Drakes agrees with these stereotypes as she thinks that the stigma is due to “One of the compounds of part of marijuana as opposed to THC and people see help plants and leaves and thin its something about drugs”.

She believes that people should start to open their minds and not let the stigma affect them.

“Truly I think it’s a closed mind thing,” she said.

Barons agreed that there is definitely a stigma around CBD and said: “That it won’t go until people are properly educated on its benefits and side effects.”

Overall students are mainly taking CBD because of the health benefits that they can visibly see from taking it over time.

Therefore students aren’t taking it just because they want to join the hype, they might have started this way but primarily it is because it genuinely is helping their health.