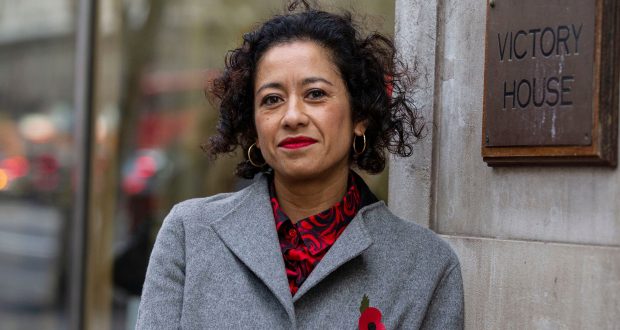 Written by Natalie Crookham on January 11 2020

A leading BBC presenter has called on Kingston University students to be “vigilant” when they start work following a Kingston visiting Professor’s equal pay claim victory against the broadcaster.

Gracie is now an equal pay campaigner after being involved in a similar case two years ago.

She stepped down from her role as BBC China editor in 2018 after finding out that men in a similar role were paid £100,000 more than her.

She said: “I think it is important for young people to understand the risks of workplace inequality.

“Share pay details with peers and talk to your boss about pay decisions. Union membership can offer a lot of help in the workplace.”

Ahmed thanked her legal team and the National Union of Journalists (NUJ).

“And everyone – all the men and women who’ve supported me and the issue of equal pay. I’m now looking forward to continuing my job, to report on stories and not being one,” she said.

Ahmed claimed she was underpaid for hosting the BBC ONE programme Newswatch in comparison to her male colleague Jeremy Vine’s work on Points of View.

The judgment said: “Her work on Newswatch was like Jeremy Vine’s work on Points of View under section 65(1) of the Equality Act 2010.”

It added that the corporation “has not shown that the difference in pay was because of a material factor which did not involve subjecting the claimant [Ahmed] to sex discrimination”.

Following the decision, Ahmed is in line to receive almost £700,000 – the total amount she claimed for.

Ahmed had told the tribunal that she “could not understand how pay for me, a woman, could be so much lower than Jeremy Vine, a man, for presenting very similar programmes and doing very similar work”.

The BBC responded by saying she and Vine performed “very different roles”, and that Vine was better-known, citing audience research from 2017 which found 71 per cent of people recognised him compared to 29 per cent for Ahmed.

They also described news programme Newswatch as a “relatively niche” show, while they said entertainment programme Points of View was “extremely well-known”.

The BBC’s legal team said Ahmed was paid the same as former Newswatch host Ray Snoddy, who they said was her pay comparator, rather than Vine.

After the judgement was published, the BBC said: “Samira Ahmed is an excellent journalist and presenter, and we regret that this case ever had to go to tribunal.”

They also stressed their commitment to equality and equal pay: “We have always believed that the pay of Samira and Jeremy Vine was not determined by their gender.

“Presenters, female as well as male, had always been paid more on Points of View than Newswatch.”

NUJ general secretary, Michelle Stanistreet supported the 51-year-old journalist and said it was “an incredibly brave decision on Samira’s part” to bring the case to tribunal.

Ahmed said: “No woman wants to have to take action against their own employer. I love working for the BBC. I’m glad it’s been resolved.”