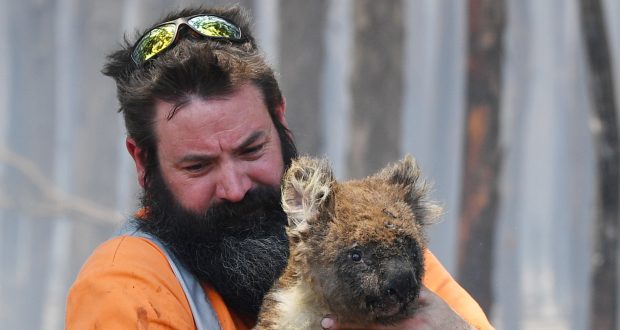 Written by Isabella Ruffatti on January 28 2020

An Australian Kingston University student was so devastated to see her homeland ravaged by bushfires, she has considered dropping out to focus on her environmental activism.

Fine art student Jessica Walsh, 28, has been an activist for ten years and since coming to KU for her Master’s, she has supported workers on strike and participated in anti-fascist demonstrations and climate change strikes.

Walsh said: “I’ve been worrying about climate change for a long time and now it’s really hitting home that it’s going to happen in my lifetime and I’m going to have to make some choices about my life. 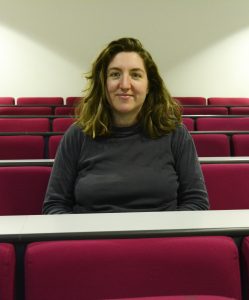 “If we don’t fix climate change, nothing else really matters. Everything else is just pointless.”

Due to the fires, her friends and family back home in Melbourne have had to wear face masks for weeks to avoid breathing in the smoke from the 60 fires still burning across the states of New South Wales and Victoria.

Walsh said she has thought about whether she will go back to Australia, which she is worried would be uninhabitable.

Already an active member of the Extinction Rebellion and socialist worker student societies at the University, Walsh plans on involving herself more in politics, focusing more on campaigning and raising awareness.

Walsh has been trying to get signatures for a petition for the Student Union to declare a climate emergency.

She hopes that the petition will push the Union to lobby the University into stopping sponsorships from fossil fuel companies.

She said: “It is basically unacceptable that anyone should be working with fossil fuel companies, especially an institution that is supposed to be about educating the next generation.

“There’s not going to be a next generation if we don’t stop climate change soon.”

British environmental hazards and disaster management student Kane Rowland, who has family in Australia, travelled to Brisbane in September.

Rowland did not see any rain when he was there and said that Australia looked like it was turning into a desert.

He said going back to university and learning about the fires as part of his course was upsetting. He said his lecturer showing images of burnt cars and saying there were people in them gave him and understanding of how destructive the fires really are.

Though worried about his health, Rowland plans on moving to Australia in December later this year. “I am just hoping in one way I will be able to help if a big scenario like this happens again,” he said. “I would volunteer for charity-based work to help locals during a time of crisis.”

Disastrous weather has continued to batter Australia with dust storms and heavy rain over the weekend which caused flash flooding in Brisbane, followed by hail in the capital city Canberra.

Charities and emergency services are working endlessly to save indigenous animals including koala bears and kangaroos who became trapped in the fires as their homes were destroyed. It is believed that since September, 25,000 koalas have died as a result of the bushfires.