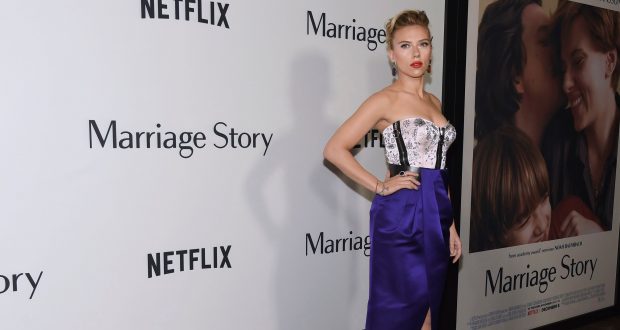 Netflix and chill is a hot Oscar favourite

Written by Stefania Dall’Armi on February 6 2020

The Oscars 2020 is only a few weeks away, and many KU students are excited to spend February 10 with their finger crossed for their favourite flick to win the golden statuette.
With films such as Joker, Once upon a time in Hollywood or The Irishman, it will be an exciting competition, but one thing can be surely said: Netflix has already won.

In 2015, Netflix appeared in the Oscars list with just one nomination. Four years later it scored its first Oscar nomination for best picture with Roma. And now it leads the list beating every other studio with 24 nominations.

Even though Joker has the most nominations with 11, Netflix films The Irishman, Marriage Story and The Two Popes have 19 nominations between them, including Best Picture and Best Leading Actor.

Two out of the five best-animated features, I Lost My Body and Klaus, as well as documentary features, American Factory and The Edge of Democracy, are owned by Netflix.

Freelance visual effect producer Dan Barrow said: “To be nominated, Netflix films have to be released in the theatres’ cinemas a certain amount of times.

“Netflix is investing the money, so I don’t see why they cannot have the same chances than traditional films.”

But why has Netflix done so well?

From the 50 KU students asked whether they preferred Netflix or Disney, 80 per cent said they favoured Netflix, whereas only 20 per cent said Disney – which includes 20th Century Fox and Fox Searchlight – which have only 22 nominations this year.

KU filmmaking student Elise Cox said: “People no longer have to go to the cinema to see blockbuster films as they are widely accessible in people’s homes.”

A subscription to Netflix is also considerably cheaper, as one-month subscription costs less than a single trip to the cinema.

“An example of this could be The Gentlemen by Guy Ritchie, which was released in cinemas this month. Although it is arguably one of his best films, it hasn’t been given enough recognition as not as many people went to see it as they might have done if it was released on online streaming services.”

Since its appearance in 1997, Netflix has taken part in the bloody fight against traditional blockbuster film companies, where there is only space for one winner. And Netflix is definitely winning, intending to change the TV industry forever.

Netflix CEO Reed Hastings said at the BookDeal Conference in 2015: “Ultimately, flexibility is more important than efficiency over the long term. You need to tolerate some chaos. And you need to have lots of creativity.”

Consumers now have an abundant choice when it comes to selecting media, including where and how to watch a film. But today, quality is crucial, and if great content can be easily consumed, new audiences will definitely swarm there.