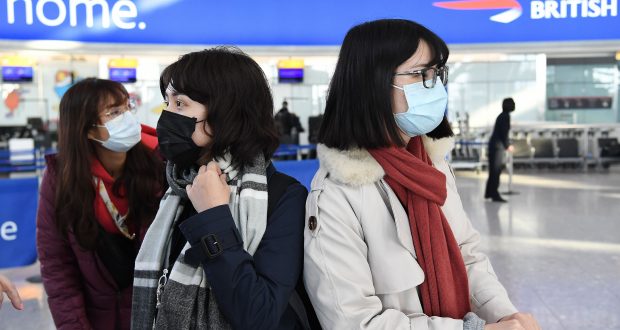 ‘People are here from across the world. Am I scared? No.’ Kingston University Chinese students facing discrimination after coronavirus outbreak

Written by Nicole Pihan on February 7 2020

Universities have been put on alert after a Chinese student at York University became the first person to test positive for the flu-like disease that has killed more than 600, mainly in central China.

Public health officials have released advice on battling the potential spread of the virus, although experts have said that the chances of people in the UK developing the illness remain very slim.

But Chinese students have said they are facing discrimination from others who have fears about catching the virus. 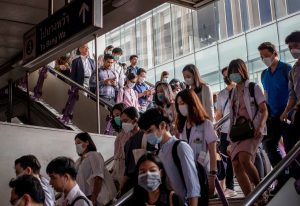 Hanyu Wang, a mechanical engineering PhD student and the president of KU’s Chinese Society, said: “The issue is here on several campuses.

He described how one Chinese girl who studies at KSA noticed that students in her workshop appeared to be deliberately avoiding her when they were given a group project to work on.

She thought her classmates moved away from her because they were worried that they would get sick from sitting nearby.

Wang said: “She got very upset in her class over how the other students just moved tables in order to not sit with her.”

Another case described by Wang includes violence against a Chinese student on board of one of the KU buses, which meant to operate for students comfort and convenience.

He added that the problem might be worse as Asian students are reluctant to report xenophobia for cultural reasons.

“Chinese students don’t want to complain. We don’t do that in our culture. So they won’t go to the University to tell them,” he said.

“If we feel sad about the situation, we will go home and not talk about it. That is how our culture works. We don’t answer back.” 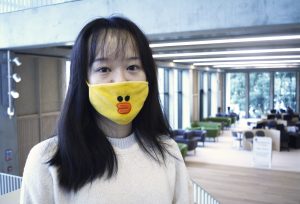 Ivy Pei, a Chinese MA graphic design, said: “I did not suffer from severe discrimination, but people do avoid me in the street.

“Chinese people wear masks not because they are sick, but to protect themselves from catching germs.

“Because the coronavirus has no symptoms during its incubation period, no one knows when or where they will be infected.

“We can understand that people are afraid of being infected. It is incomprehensible to rise to violence and discrimination.

“I want to say that the outbreak in China is now under control, so I hope everyone does not overreact and it will get better.”

A Kingston University spokeswoman said: “Kingston is proud to be a dynamic and cosmopolitan university, right on the doorstep of one of the most vibrant capital cities on the globe.

“We have a long tradition of welcoming students and staff from more than 140 other countries to study and work on our campuses.

“We expect everyone who is part of our campus community to treat each other with the utmost courtesy and respect at all times and will not tolerate any form of racial harassment.”

The University is urging students to report any misbehaviour to the security team by contacting them on 020 8417 666.

KU Professor Mark Fielder, a specialist in rapid detection systems for infectious diseases, said: “There are people at this university who comes from all over the world. Am I nervous? No, I am not!

“They are healthy people, and they are fine. Just because someone is wearing the face mask, people forget that it is Asian tradition. The risk around Kingston is exceptionally low, and there is no reason to be alarmed.”

Professor Fielder will host a free talk on the coronavirus subject at Kingston University Thursday 13 2020. 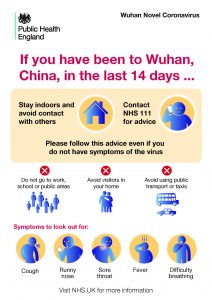 Kingston, like other public institutions, has placed information posters around campuses and halls of residence after the World Health Organisation declared the outbreak a global health emergency.
A Kingston University spokesperson said: “The University understands that students and staff will be concerned about the ongoing public health implications of the coronavirus.

“The health, welfare and safety of all our students and staff remains our top priority at this time.”

The posters mainly include advice regarding how to recognise the virus and how to act in order to prevent it.

It also said that people who have been to the city of Wuhan – the centre of the alert and where most of the 30,000 victims who have been diagnosed with the virus live – to stay indoors avoiding contact with others and contact NHS 111 for advice.

The University added: “We are urging all our students and staff to remember to follow the steps, we always recommend protecting themselves and others during the cold and flu season.”

Health and travel updates are available on university portals including MyKingston and StaffSpace.

Suggested precautions to minimise the spread of any infections include distributing disinfectant wipes to all libraries and teaching areas with open access computers.

Another student, who wished to remain anonymous, comes from Wuhan and described how the virus was being dealt with back home.

“My parents went back to our home before the city was isolated, and then they are having to stay there until now,” she said. “My mum bought so many disinfectants to use to clean each room every day.”

The student is concerned not only about her own family but also for others.

“Actually, it is a real situation for almost all Chinese people,” she said. “Many people have to stay in the cities where they work because they are afraid of infection so they could not get together with their families for New Year celebrations.” 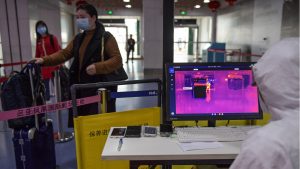 Wang, who recently returned from China, described the good management of the crisis from the Chinese government. He praised the screenings at the Chinese airports compared to the UK’s.

“If you have a fever or cough, you cannot escape,” he said. “There are a lot of screening and checks at Shanghai airport, but not in the UK. China put attention to everything.

“There is a smooth transition, so it doesn’t take long because there are lots of people working in the process. There is a lot of staff there to help. And they check every single person for fever.

“Factories produce many face masks and hygienic gels in China. But we need more. Chinese students from here try to send them by post. But Amazon put the prices up, and it takes time to send.

“When we were on the plane, everyone had face masks. Once we come to the UK, people took them off because of fear. We see the news, and we know that people are angry with Asians. But there is no help.”

Everything you need to know about coronavirus – Catch it, bin it, kill it!

Fielder said the coronavirus “is a member of a group of viruses which causes diseases in humans and animals. This is a ‘new strain’, and, although it is related to other viruses like SARS or MERS, it is not the same.

“At the moment the money is on the fact that it came from a bat and was passed on to humans, but we haven’t yet fully got the data that definitely confirms this.”

He also underlined that people wrongly confuse the coronavirus with the flu, because of the flu-like symptoms associated with it, but “we treat [coronavirus] differently”.

The virus was identified in December 2019 with the first fatality on January 9, gaining international exposure only within a few days after that.

On January 31 the World Health Organisation declared the coronavirus a global health emergency. The number of affected people, as well as deaths, continues to grow and does not seem to be slowing.

According to Fielder, it will be “active for another three to four months before it will start to die down”.

He also explained the reason behind this timeline: “One of the reasons why we will see a slowing in the infections and a possible fall in prevalence is ‘herd immunity’.

“This term refers to immunity in the population, that starts to rise as people get exposed and then recover as natural immunity develops. Treatments will also get better.”

As for symptoms themselves, Fielder said a fever, running nose, sore through, coughing and difficulty breathing, are a starting point of recognising the virus.

They do not need to all occur at the same time, but once some of the symptoms are present, a phone call to your GP or 111 will enable them to establish any infection.

It is important not to attend A&E or a GP’s surgery, but to telephone them instead to prevent further possible spread of the virus.

Additionally, a group of international scientists have made huge progress: “As for last Friday, they have developed a test which can identify the virus.

“That was done by public health groups from the UK (Public Health England), Belgium, Netherlands and China, and it is based on the molecular test known as PCR (polymerase chain reaction).”

All the actions combined have helped to establish a clearer path to fight the coronavirus.

The coronavirus is the result of a process which we call species jump.

Fielder said: “You have a human and animal mix. We know that 75 per cent of emerging diseases come from wild animals and being in close proximity might help facilitate species jump and the emergence of a pathogen into a new host. That’s what we call zoonoses.”

As for movement from human to human, it travels mainly through the passage of water droplets from coughs and sneezes and also potentially touch, following contact with contaminated fluids.

Hence, Fielder stresses the importance of washing your hands with soap and warm water – not only to avoid being affected by the coronavirus but any virus at all.

He also explained that the belief that you might get infected from passing by someone on the street is unreasonable: “If you are in the street in a place other than China at the moment, chances to come across the virus are very, very slim.”

Fielder explained: “The key thing to remember in a public setting is when you are coughing or sneezing to do it into a tissue.

“The tissue is poreless (absorptive), and these viruses can stick to that. Then, you should dispose of the tissue and get rid of them. Catch it, bin it, kill it!”

Even though the virus can survive on a door handle between 12 to 24 hours, “on tissues, it is much less. Once the membrane of the virus is damaged by sticking into the tissue, then the virus can not effectively affect another person.

“Catching it, killing it, binning it and then washing your hands afterwards,” is by far the best way to avoid the virus as we stand at the moment.

Hand hygiene, along with good sneezing and coughing etiquette, is a straightforward and effective way of limiting its spread. You cannot stop it necessarily, but you can help limit its spread. I decided to travel across London during rush hour from Bethnal Green to Kingston wearing a face mask. 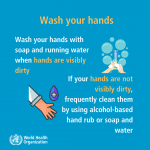 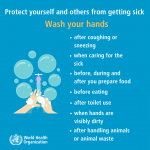 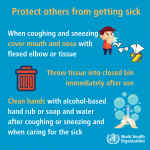 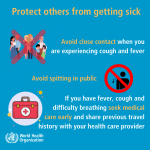