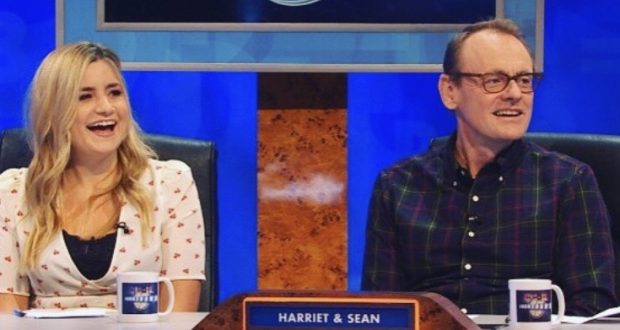 A Kingston graduate has become a rising top comedy star, appearing regularly as a guest on popular TV show 8 out of 10 Cats.
Comedian Harriet Kemsley, 32, first started Stand-Up in 2011 in Brighton soon after graduating with a degree in English literature.

Her appearances on the show prompted a lot of recognition online, and she soon appeared on their spinoff show, 8 out of 10 Cats Does Countdown.

She said: “Ha, that is very kind of them but absolutely not true. It’s amazing to do these shows because you’re on with comics at the absolute top of their game so I am just very happy to be there.”

Kemsley was painfully shy during her time at Kingston and only pursued comedy after she graduated.

She was inspired to explore stand up by her parents, Fiona and Graeme, after they watched Live At The Apollo and believed their daughter should try it.

Kemsley said: “They were like ‘stupid embarrassing things always happen to you – maybe you could make a living out of that?’
“And then I did a gig, and that was that. And now they regret it every day.” 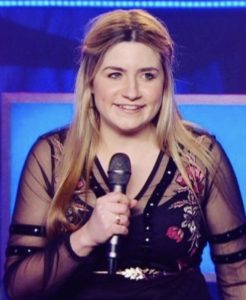 Kemsley has taken on numerous projects over the few, including podcasts and TV shows.

When she married comedian Bobby Mair in 2017, her wedding was commissioned by Viceland for a reality TV show titled Bobby and Harriet Get Married.

She loved making the series and said: “It was absolute chaos as we got the commission six weeks before we got married, so we were writing and filming, and poorly planning a wedding all at the same time.

“We learnt so much and just cast lots of our friends. It was such a collaborative project between my husband and our friend Stu Richards and this fantastic team of super talented, funny people.”

She bases her material on real-life incidents and deals with personal issues through her comedy sets.

She said: “The best thing about being a comedian is you get to lie in, and you’re surrounded by funny people. Also, when bad things happen if you can make them funny, then you can turn them into profit.”

Kemsley won several awards at the start of her career including Funny’s Funny Female Comedian of the Year 2011 and Brighton New Act of the Year 2012.

Kemsley will be at the Edinburgh Festival in August and will then be touring a new show at the end of the year.