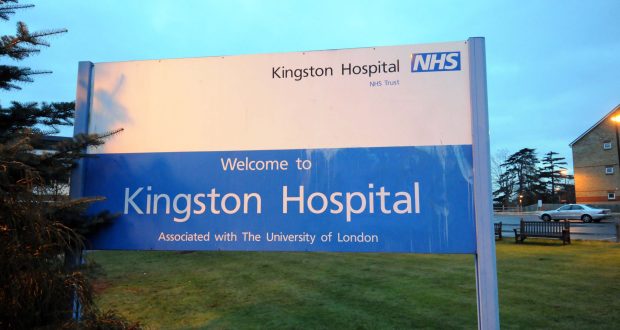 A former Kingston University student has been hospitalised after she came back from Italy with symptoms similar to the new Covid-19 virus.

Alice Zumstein, a business graduate, experienced very acute flu-like symptoms such as a painful sore throat, a cold and high temperature when she returned to the UK after spending a few days with her relatives near Pisa, North Italy.

She said: “I was sent to an isolated room at Kingston Hospital, away from everyone else. All the doctors who came in to visit me where covered and super protected with masks, gloves and boots.”

Kingston University strictly follows the Government guidelines and strongly advises students who recently came back from lockdown areas in Northern Italy to stay indoors and avoid contact with other people even without symptoms.

Zumstein was not coming back from an Italian red zone, but as she experienced flu-like symptoms, she could not physically go to a GP, so she stayed at home and called the NHS 111 instead.

She said: “I was very sick. After I called, I was sent at Kingston Hospital, where the doctors swabbed my throat. They did a saliva test, and they sent me home.”

From the moment a sample is taken from the patient, the results can take up to five days to be available.

In the laboratory, the virus’s genetic code is extracted and repeatedly copied, making tiny quantities vast and detectable.

Dr Nathalie MacDermott of King’s College London said: “These RT-PCR tests, widely used in medicine to diagnose viruses such as HIV and influenza, are very robust tests generally, with a low false-positive and a low false-negative rate.”

The doctors said it was acute tonsillitis, and after they put her an on an IV drip she was feeling better already.

“The problem was that I had my results on Thursday. Even if I was recovering, from Monday to Thursday, I couldn’t go to work because obviously, I couldn’t risk passing a possible virus over to everyone else.”

Italy is the European country with more coronavirus cases – fourth in the world after China, South Korea and Iran – where 233 people have died, and almost 6,000 are confirmed positive to the virus.

The Italian Government have recently announced the country has placed up to 16 million people, Lombardy and 14 other central and northern provinces under quarantine until the first week of April. Many Italian KU students are worried that they will not be able to see their family and friends this Easter.

Daniella Silva, a KU architecture alumna, goes to visit her relatives in Tuscany (Italy) every year: “Our Italian family have told us not to come this time. It is so sad. We always love the time of year when we get to go there.”

Every region in Italy is closing schools and museums until further notice, suspending public events, such as the Venice Carnival or the Milan Fashion Week, postponing football matches, including several Serie A games, along with dozens of church services and theatres performances.

Several airlines have begun adjusting schedules and cancelling flights to Italy due to a drop in demand, including WizzAir, British Airways, EasyJet and United Airlines.

Noemi Vallone, an MA student in creative writing and publishing, said: “During the first week of May, I am supposed to fly to the US for my sisters’ graduation. I will leave from London, but I am worried that my parents will have problems as they are coming from Italy.”