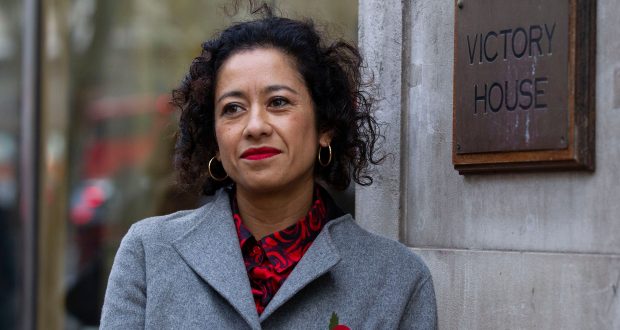 Samira Ahmed won her case against the BBC and will be paid £700,000 to make up the for the difference in her salary, which she was convinced she deserved. And to be honest, well done!

Although this issue is due to sexism, there is still one area surrounding this case that I feel like no one is talking about – confidence.

I know my facts. The gender pay gap is currently at 17.3 per cent, and it widens as women grow older.

The thing that made Ahmed stand out was her confidence and how sure she was that she deserved equal pay. She was not afraid to stand up for herself, and in my opinion, that is the key to solving this problem.

I have a simple example from my own backyard. A while ago, one of my friends got an amazing job offer as an assistant manager in an upcoming restaurant. She was given the opportunity alongside her co-worker, Joe.

The conditions were simple, with responsibilities shared equally between them with the same salary and schedule.

My friend accepted the offer, and for a while, was living a happy life. Meanwhile, Joe felt he deserved more and therefore demanded a higher salary.

The owner agreed to Joe’s conditions, and so for a few months – simply due to his confidence – was earning more money than his female co-manager.

Today my friend is Joe’s boss, which means that, most likely, she deserved an equal salary right from the start. After the promotion, she is earning more than Joe, but if she had fought for herself from the very beginning, then she might be making even more.

We will never know, although the message is clear. It is partly our own fault that the gender pay gap exists.

We allow others to decide what our value is and settle for what is given to us. I am not encouraging any type of revolution here, not even suggesting more marches or protests around the world.

However, women should not just blame only men for their situation.

Men have gained experience and confidence in fighting for their rights while women were guarding the comfort of family life, only slowly and recently making their mark outside of it.

That caused a head start for men in understanding their value.

My solution would be to start with small steps.

Know your worth and do not assume you are obligated to accept what is given to you, reach out for what you feel you deserve.

And do it in all aspects of your life, just like Samira Ahmed did. Not everyone will agree that her skills were equal to Jeremy Vine’s, but she believed, and that was enough.