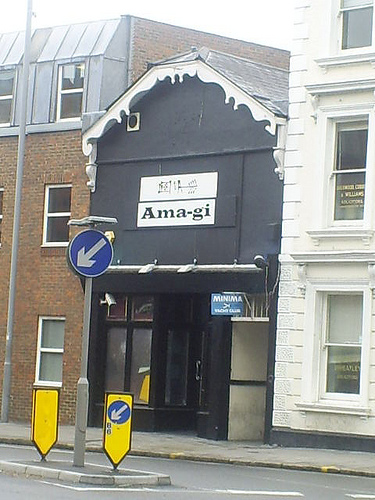 Kingston nightclub Ama-gi closed on Friday after declaring bankruptcy,  and has been taken over by new owners.

The former strip club, located along the riverside and one of the smallest nightclubs in Kingston, is now under the management of Stephen Fleury and is said to be reopening as The Library.

Jack Harrington, manager of Cube Saturdays said; “There was no money put into Ama-gi, it was a sinking ship so it fell through. The fire alarms didn’t even work and it was cheaper for the owner to declare bankruptcy.”

The nightclub has been photographed looking like it was having a whole new interior however it is speculated that bailiffs could have stripped out the club.

Harrington said; “The club was avoiding tax, and was around £10,000 in debt with unpaid water bills and £1000 internet bill which could be why the card machines never worked. Everyone was on a self-employed contract so there was no national insurance involved.”

Ama-gi is the third nightclub in Kingston to be taken under the management of Fleury, who also owns Acorn Bars LTD and Barcadia after it lost its license in January this year when a young man was attacked with a broken glass bottle outside the club.

Ama-gi Kingston Memorial Society, a Facebook page that has gained around 300 likes said; “I don’t want to disclose who I am. But feel I speak for the people of Ama-gi.”

“The page was created as a way of remembering a club that has just so recently past, where in our view Ama-gi was the only club in Kingston that truly provided great nightlife.”

A press release states that Ama-gi is now closed and the new six figure refits is underway to create Kingston’s newest club. The venue will become a hub of entertainment and aims to create a different offering than the current Kingston Nightclubs.

Mr Fleury, the new operator said: “This is great news for Kingston. We aim to give you incredible nights out in a safe and relaxed environment. The refit is the most extensive the venue has ever had.

We expect to be open in October and will be announcing the date very soon. Later this week, we will announce further details of the entertainment we will be bringing to Kingston in the coming months.” 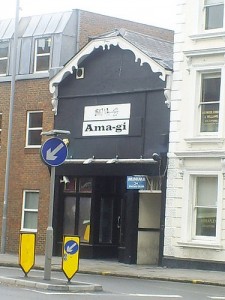