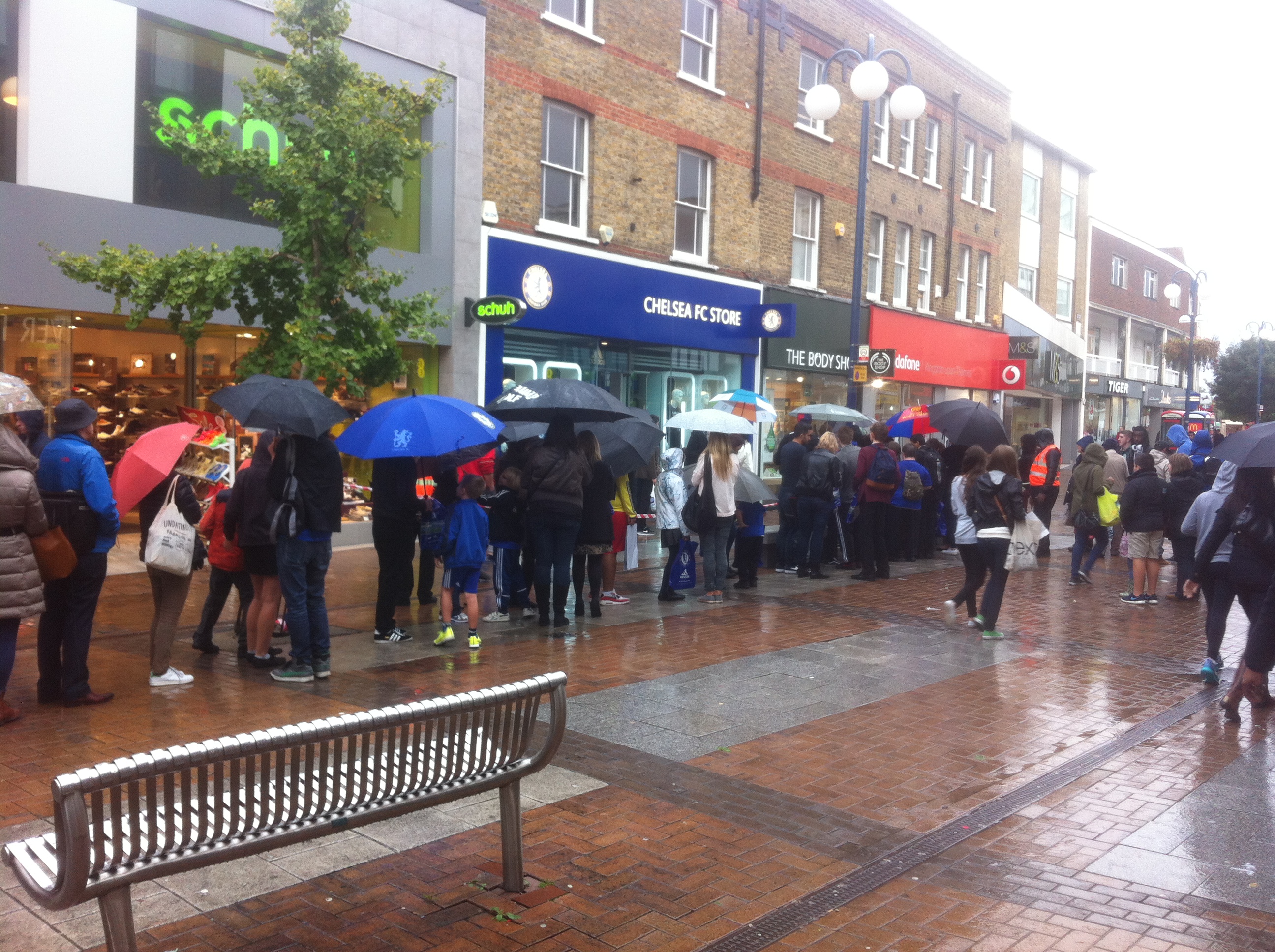 Disappointed Chelsea fans lining up in the rain

Written by Anthony Waterworth on October 10 2014

Chelsea fans were disappointed at the John Terry shirt signing session in Kingston after waiting over two hours in the rain for nothing.

High demand to see the Chelsea superstar forced security to stop entry to the club’s store early, which left many fans both distressed and wet.

“I can’t believe we travelled all that way to be ignored like that,” said Amy, who had travelled from Watford with her Husband Ben for the chance to meet the Chelsea defender.

Only John Terry merchandise purchased in the store that day would be signed, the maximum capacity for the signing session was 200, which was quickly met and why the queue was cut early.

There was a one hour window between four and five o’clock when fans could meet the Chelsea player, some people had been waiting since midday, despite the poor weather.