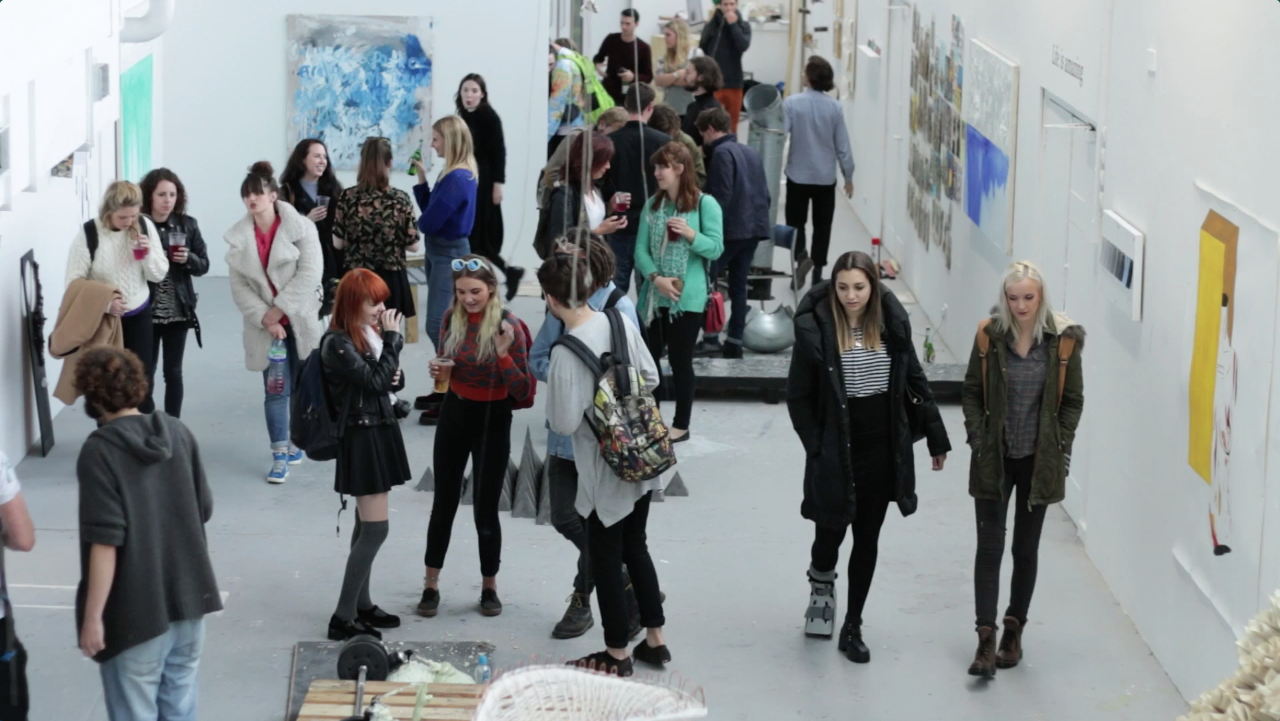 Written by Elin Martinsen on October 13 2014

Third-year Fine Art students held their first private view Thursday October 9, with a range of installations that students only had six days to plan and develop.

John Carney, 20, one of the third-year exhibitioners, told The River he was pleased with the first exhibition of the year: “I’m quite happy with the result.”

The inspiration for his project emerged this summer after four weeks travelling around India.

His project explores the notion that the artistic claim of constructed objects are similar to the religious claim of holy items.

Carney continued: “I spent time going to different sacred sites, so I went to four places in total, including Pushkar and Varanasi.

“I’m sort of trying to occupy the space in between being a priest and an artist.”

The exhibition was a sneak-peak of next year’s degree show.

Another of the artists, Hannaa Hamdache, 21, said: “The work should have developed at the end of the year, so you would probably be able to see completely different things at that time.”

Want to see Christian’s and other students’ artwork from Thursday? Watch the video on the top of the page.