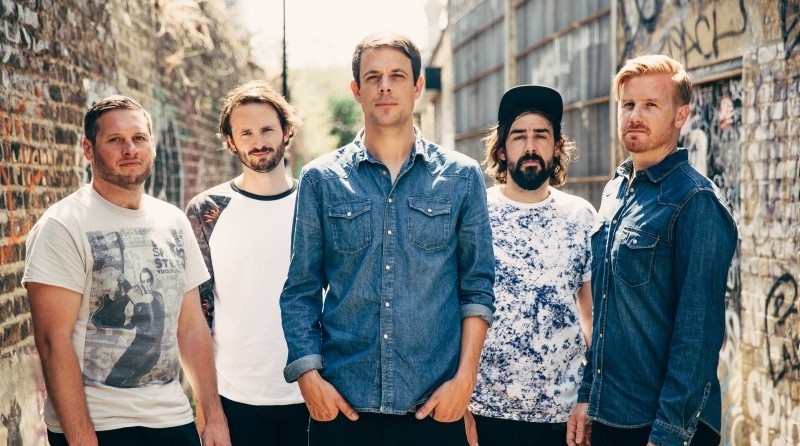 Aspiring musician? Lonely The Brave have advice for you

Cambridge rock band Lonely The Brave recorded their debut album, The Day’s War, over just four weeks while being completely broke.  This summer they have played pretty much every big festival in Europe from Glastonbury to Germany’s Rock am Ring.

In a chat with the River, guitarist Mark Trotter urged other struggling young bands not to give up on their dream.

“It can be hard, but you just have to believe in what you do and keep going. This might sound like a cliché, but we’re definitely a prime example of how hard work pays off in the end,” he said.

So far he, Gavin Edgeley (drums), David Jakes (vocal), Ross Smithwick (guitar) and Andrew Bushen (bass) have supported the likes of Neil Young and even Bruce Springsteen, but nothing beats playing Glastonbury this Summer, which Mark labels at the absolute goal for any British band.

Even though small in comparison, we had to ask how they felt about playing Kingston’s Fighting Cocks venue.

“That was wicked, really good fun,” Mark said. “It’s a juxtaposition for us, we’ve played massive stages all summer, but to play at smaller places just gets so intense and crazy. I definitely prefer a mix of both.”

While they are currently on tour with Marmozets, they are embarking on a new tour with Deaf Havana early next year. They seem to enjoy life on the road, but do they ever get tired of the constant touring?

“You know, we are pretty lucky,” Mark said. “Travel around and play our music to lots of people is what we all wanna do. We might have bad days, but then again we’re all in the same boat.”

The five-piece are luckily still good friends, but revealed that they clash somewhat musically.

“It’s a funny one, because our musical influences really differ we don’t really aspire to sound like anyone else, we just do our own thing. However, Bruce Springsteen, Deftones, The National and Pearl Jam we all agree on,” Mark said.

This is also reflected in the music; you can recognise all of the artists above, but there is still something original and raw in there. Their recipe for success can perhaps be found in how the album was conceived.

“The band formed in 2010, but we didn’t spend more than four weeks on the album. We practically begged, borrowed and stole to make it happen, and luckily a good friend of the band helped us out. It was pretty intense, but it made the album what it is,” Mark said.

Their album has gotten a lot of attention, and NME describes it as “yearning, earnest rock” awarding them 8/10 stars. “We had no idea what to expect, but the response has been absolutely incredible. When the audience sings the songs back at you, there really isn’t a better feeling,” Mark said.

And what does the future hold? “We’re going into studio next month to start on fresh material, though we have quite a lot already. We joked that the second album would be finished before the first,” Mark said, laughing.

But for now it is the touring the band focuses on. “We just wanna play our music to as many people as possible. Simple as that.”