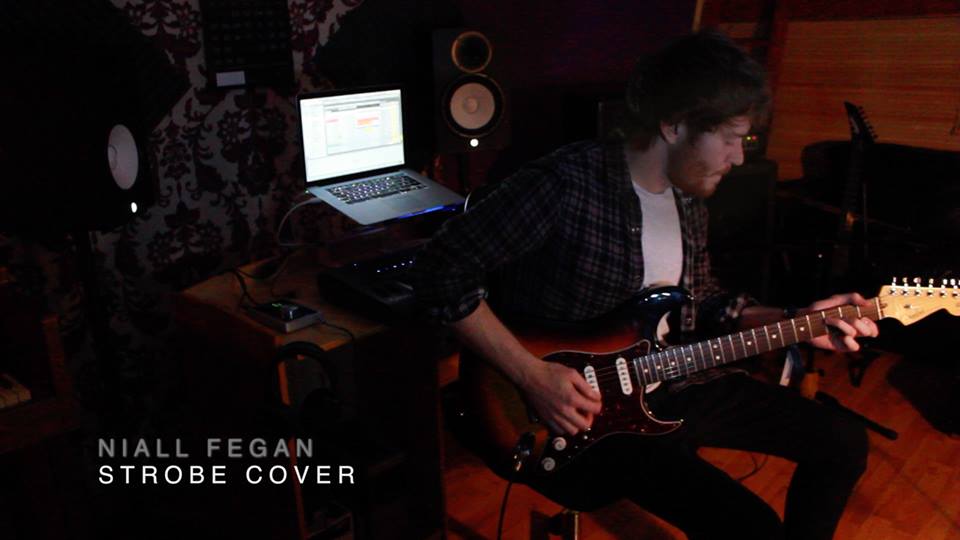 Written by Hanaa Foura on November 3 2014

In the tweet to 3.03 million followers Deadmau5 said “‘this guy’s cover is some rad stuff” referring to Fegan’s first video uploaded to his YouTube channel.

“It’s actually unbelievable, I’ve been a massive fan of Deadmau5, I almost built up an obsession with him for a while,” said Fegan, whose subscribers went from 35 to 0ver 800 subscribers in a matter of days .

“Then to have your idol approve of your work is just a mind-blowing experience, especially when you have basically devoted your life to it.”

also, this guys cover is some rad stuff: https://t.co/iKpsZ05blO

His Strobe cover was also featured on youredm.com, which described it as ‘Spine-tingling’.

The cover was a live instrument acoustic rendition of the Deadmaus5’s song Strobe. The budding producer said that it took him three years to upload something because he did not have the right equipment to record a video and cover the way he wanted to.

Fegan used a few percussive instruments including a pint glass to create the cover. This included three different types of guitars, a second hand piano and a range of different VST synths.

As a Music Technology student Fegan said that his course at KU ‘helped him with the production side, giving [him] useful hints and tips to make the track sound more professional.’

“I didn’t take advantage of the resources with Strobe, however with my next cover I plan to use the facilities to my full advantage,” said the 21-year-old.