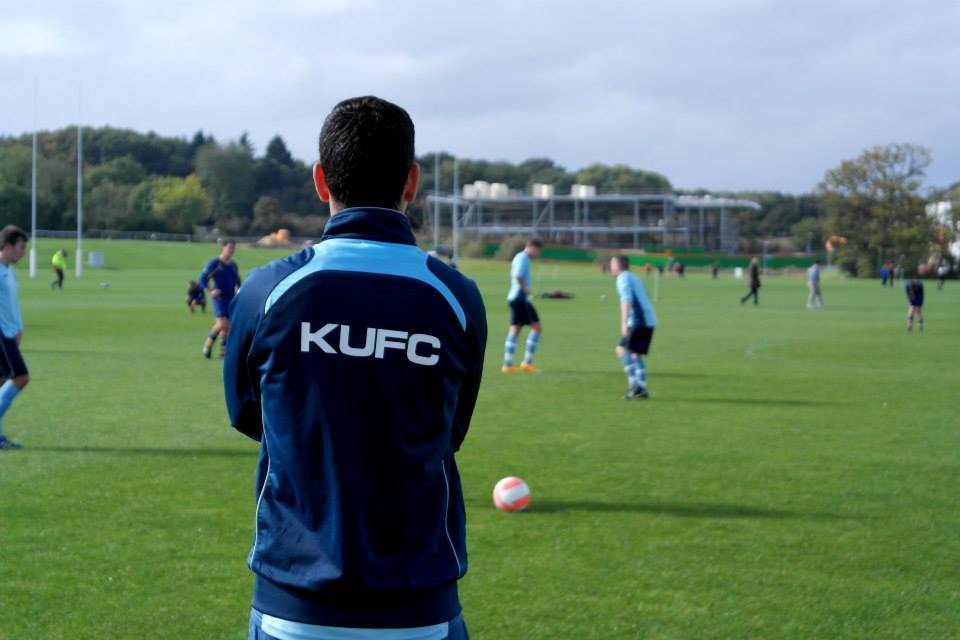 ‘I would love to make a career out of football’

Written by Victoria Armstrong on November 18 2014 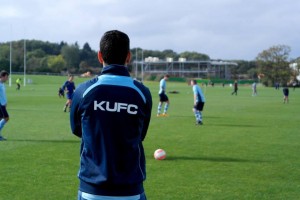 Well into his third year as a KU student, Rashti admits football dominates most of his days. While not only playing for the KUFC’s first team, attending both trainings and matches every week, he plays in a Sunday league with games every weekend. Needless to say, it is a hobby that keeps the 22-year-old busy.

“I spend most of my time either on or on my way to the pitch,” Rashti says.

It has been 16 years since Norwegian-Persian Rashti kicked around with a football for the first time, and since then, his passion for the game has grown. And today, his skills and talents have become profitable: he works for KUSU promoting his favourite hobby.

“My job involves getting students involved in football. I arrange cups and tournaments, I conduct surveys and I try to get the University to put more focus on sport, and football in particular,” he says.

Rashti, who was awarded “Player of the Year” and “Top Scorer of the Year” in last season’s Sunday league, explains how playing football at KU is much more than just passes and penalty shots. Being involved in sports at University, he says, is just as beneficial for his social life as it is for his health.

“Every Wednesday, after we have played a match, the whole team meets up at Space Bar and we give awards for the best and worst players of the match.”

The legendary Tour is one of the biggest, if not the single biggest, event of the year for any Kingston Cougar, with Rashti being no exception.

“Tour is by far the best event we do during the year. We do not focus on winning as much as we do the rest of the year, but we do try to do our best. Tour is the only time when it’s acceptable to have a beer before a match,” Rashti explains. 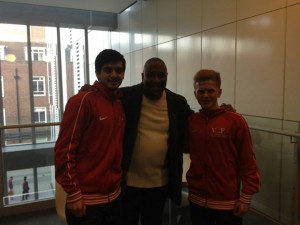 Unsurprisingly, Rashti is also a keen football supporter, and has invested his passion, as well as hundreds of pounds over the years, in Arsenal F.C.

Having recently been to his third Arsenal match in two months, and stocked his wardrobe with jerseys, scarves, bed linen and hats with the Gunners logo, Rashti is considering making his love for the London-based club slightly more permanent with a tattoo.

“It is not something I am entirely sure of yet, but I have thought about it for a while and I would like to have a tattoo that would represent some of the most important things in my life, Arsenal being one of them,” Rashti says.

Balancing his final year modules in computer graphics with football, friends, work and sleep has sometimes proved a challenge for Rashti, and he easily agrees that he would benefit from adding an extra hour or two into each day.

“If I don’t have time to get everything done during the week, I spend my weekends catching up on all the things I haven’t had the chance to do, especially course work. It is hard to avoid a few all-nighters here and there.”

After graduating from KU Rashti wants to start working in the UK, either in computer graphics or with football. He admits he will never give up the dream of pursuing a career within sports.

“If I could do what I am doing with KUSU now as a career, I would be happy with that,” Rashti says.

“But if I end up working with computer graphics, I will be fine with that too.”

Rashti and the rest of the KUFC’s men will be playing Brighton at Tolworth sports ground Wednesday 26 November.