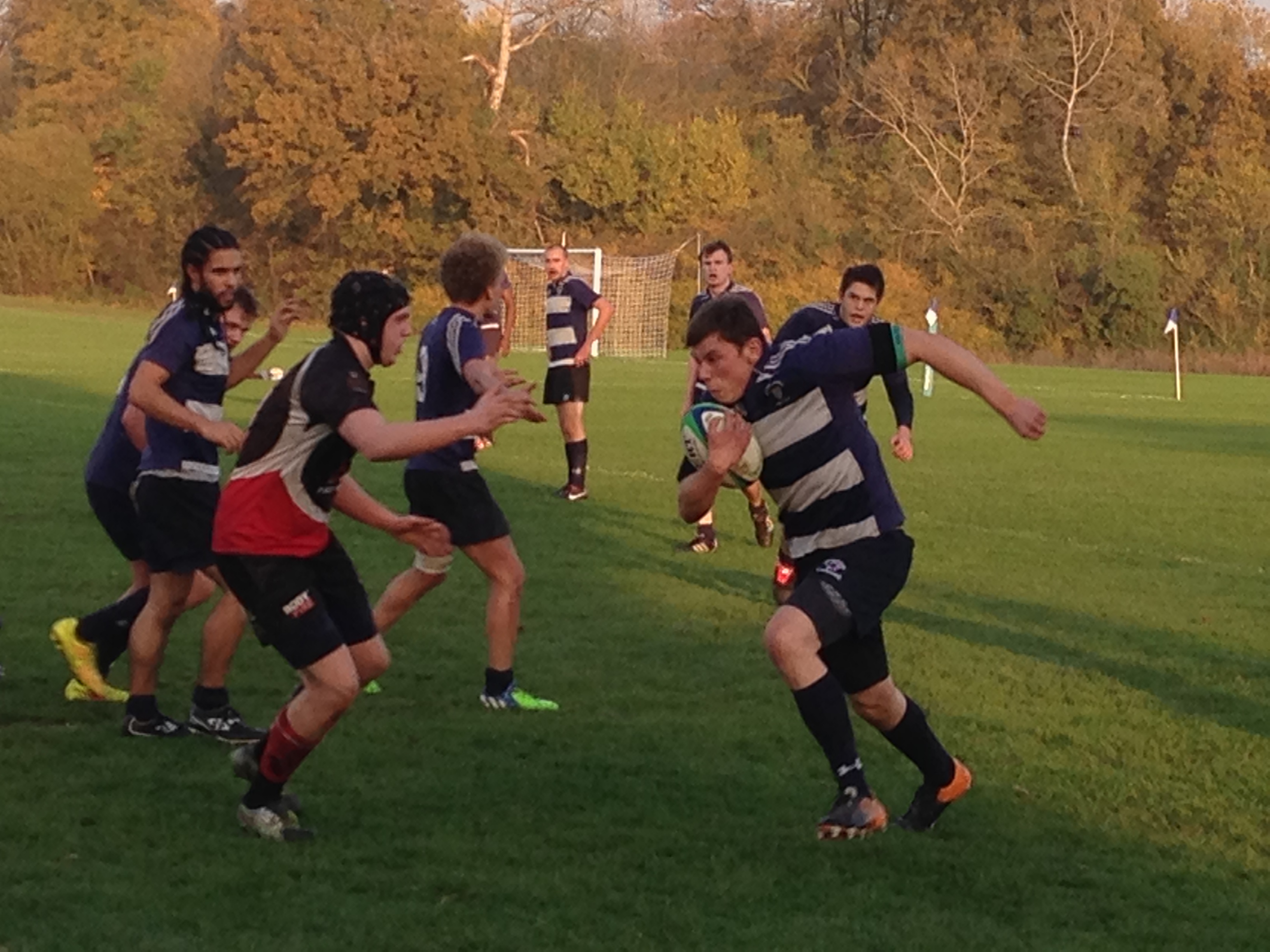 KU rugby brush off Reading to top the table

Written by Anthony Waterworth on November 23 2014

Kingston men’s rugby second team are top of their league after beating Reading 31-15 at a home on Wednesday November 19, thanks to a hat trick by Jeffrey Amoateng.

Amoateng finished off a well-worked team try early on before he added a second try straight after the restart with a spectacular effort on the wing to give Kingston a comfortable lead.

Amoateng said: “I’m new to rugby, but it’s great to see progress and I’m just looking to improve game by game and push for a place in the first team.”

Reading clawed their way back into the game, but a lineout by Kingston lead to an impressive finish in the corner by captain Fergal Findley to put the home side 19-10 ahead at half time.

The sun had gone down and the match had run a little stale, but substitutions at the hour mark provided a new burst of energy, and it did not take long before Amoateng completed a hat trick of tries.

Yet again Reading came fighting back and they pinned the Cougars back in their own 22-metre zone for ten long minutes, but the home side stood strong with heroic pieces of defence.

The final nail in Reading’s coffin came through a try from front-row forward Charlie Sheehan, the young prop danced his way over the try line in an attempted celebration before dotting down the ball to secure victory.

Captain Findley said: “I enjoy playing with these lads, they’re a tight-knit group and we’re improving game by game. So let’s chase promotion.”

Ross Fowles, Kingston Director of Rugby, said: “It was a good win but we made it hard for ourselves, if we were more organised and had better structure it could have been 40-0.”