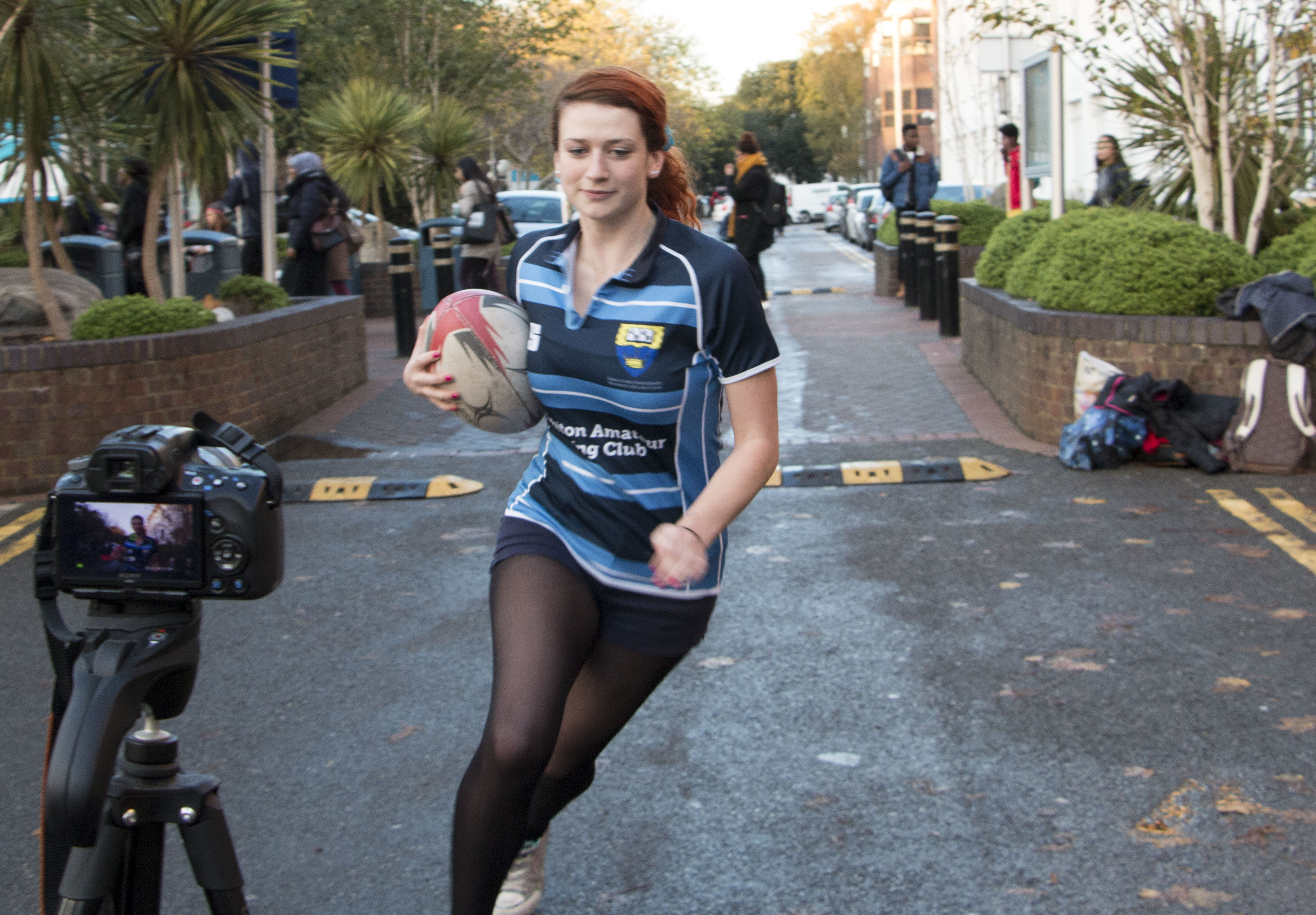 Kingston university’s rugby team were drop-kicked out of the opportunity to have a guest appearance on BT Sport’s Rugby Tonight.

After arriving early at BT Sport’s studio on Monday last week, the rugby team were left disappointed after they were told that they would in fact not be a part of the show.

Team captain Gemma Bryant, 22, said: “We waited around for an hour and a half and we kept going up to people to ask for information, but they all told us to wait for five minutes.”

It soon became clear they were not doing the play demonstration but instead had to be in the audience.

According to the president of the women’s rugby team, Ellen McMullen, 21, the ten girls who were supposed to do the demonstration had got their hopes up and were excited about doing the show.

McMullen said: “The girls were looking forward to this, and they were disappointed when they realised we weren’t going to be a part of the show after all.”

Over 70 students from both the men’s and women’s rugby teams went to the show.

During the show a player from the men’s  rugby team, Agni Ghosh, was picked to take part in a competition against another university for the TV recording.

Ghosh said: “I got asked to do ‘the beast’, essentially a scrum machine on a treadmill, and I won.”

According to a spokesperson from BT Sport, the initial play demonstration they had planned was too big for the studio space.

The BT spokesperson said: “Last week we did not use any teams for a demonstration on Rugby Tonight, instead we used footage to illustrate the point as opposed to people.”