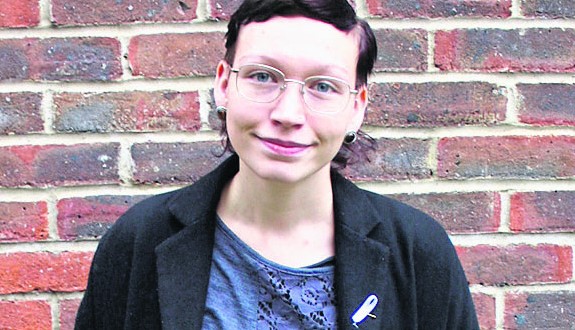 Written by Victoria Armstrong on December 5 2014

NHS blood donations should be banned from KU campuses because of its ban on gay men, campaigners have said.

Bush, 20, said she wanted the NHS to be banned from campus until they changed their policy on who would be eligible to donate blood.
“The NHS is discriminating against many Kingston students by not allowing gay men who have been sexually active in the last 12 months to donate blood,” Bush said.

On their website, the NHS Blood Donation and Transplant page lists several groups of people who are not eligible to donate blood through their services.
A spokeswoman from the NHS said: “We understand that it can be frustrating for people who wish to donate to then find out that they can’t. The current guidelines for donating blood are not applied on the basis of sexuality but due to specific sexual behaviours.

Men who have sex with men as a group have been shown to be at a statistically increased risk of acquiring blood-borne viruses in the UK.”

People who have recently had tattoos or  acquired piercings, hepatitis, heart conditions or dental work are also refrained from donating blood for a certain period of time. “Our priority is to keep the blood stocks safe for recipients and donation safe for donors, so for this reason we will ask some groups of people not to donate for a certain amount of time,” the spokeswoman said.

Bush, who has been KU’s LGBT officer since the beginning of the semester, spoke at the EGM claiming the NHS were being ‘homophobic’ by not giving everyone the chance to donate blood.

“We want to ban the NHS until the homophobic ban is lifted,” she said at the meeting.

“I have loads of bisexual male friends who really want to give blood, but are not allowed. Their blood could help save more lives. All blood is beautiful,” she said.

A spokesperson for KU said: “The University has worked with the NHS’s blood donation services over a period of many years to raise awareness of how staff and students can donate blood, should everyone donate,” she said.

A vote on the motion was postponed on Wednesday until a future meeting.